PUTRAJAYA: The 30-day unlimited Rapid bus and rail pass, which will be introduced soon, can only be enjoyed by Malaysians, says Transport Minister Anthony Loke.

Announced in Budget 2019, the new travel scheme will begin on Jan 1, 2019, and will be executed through the Touch n' Go function that is available on MyKad and MyTentera identification cards.

"The usage of this unlimited Rapid bus and rail pass is limited only to Malaysians. Therefore, users can only subscribe to the pass using their MyKad or MyTentera identification cards.

"Subscription can be made at all LRT and MRT stations or the four bus hubs at Shah Alam, Greenwood, Sri Nilam and Terminal Kajang.

"It can be topped up at any place with Touch n' Go reloading facilities such as Touch n' Go kiosks, petrol stations or ATMs," said Loke at a press conference here after chairing his ministry's weekly post-cabinet meeting on Monday (Nov 5).

The 30-day unlimited pass comes in two versions. The RM100 pass can be used on all Rapid Rail services, including LRT, MRT, Monorail, the Sunway BRT service as well as all Rapid buses, including the MRT feeder buses.

The RM50 pass applies only for unlimited travel on all Rapid bus services in the Klang Valley.

"We are hoping to launch the pass in early December, and we want to Prime Minister Tun Dr Mahathir Mohamad to officiate it.

"Users can start registering for the pass in December, and it can be utilised from 12.01am on Jan 1. So if you are out celebrating the New Year's countdown, you can already use the pass to travel back home," said Loke.

Loke said the government has allocated a budget of RM240mil per year for the unlimited pass, with the aim of increasing the usage of public transport as well as reducing the burden of lower income groups.

"For an example, those who travel from Kajang to KLCC will have to spend around RM280 a month, by spending RM5.40 on their train ride and RM1 for feeder buses one way.

Loke also explained that due to economies of scale, the government will be able to lower its subsidy if there are more users of the unlimited pass.

Meanwhile, Loke said the unlimited passes do not apply to the KTM Komuter service, as it has different costs and ticketing systems.

"KTM Komuter trips are longer and therefore will cost a lot more. It also has a different ticketing system to the one used by Rapid.

"However, the government has a plan to reduce the cost of the KTM Komuter service which will be announced later. Of course, the long-term plan is to integrate the KTM Komuter system with Rapid," said Loke. 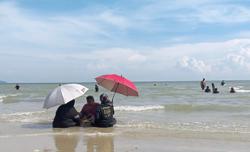 Malaysians in two minds over travels amid Covid-19 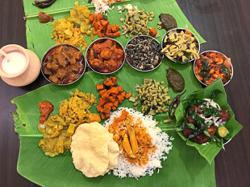