BEIJING: Visitors to the Asean Cultural Week were given an insight into the region through a variety of traditional food, games and music.

A song made especially for the event, titled We Are The Ones, was a joint collaboration between Malaysian and Singaporean musicians Alvin Wee, Rendra Zawawi and Chia I-Ling.

It was sung by Malaysian Jeryl Lee Pei Ling, one of the six finalists of China’s popular singing competition The Voice of China 2016.

Zhang Xiaokang, an undergraduate in Cultural Industry Manage­ment, said he wished to see more of such events. 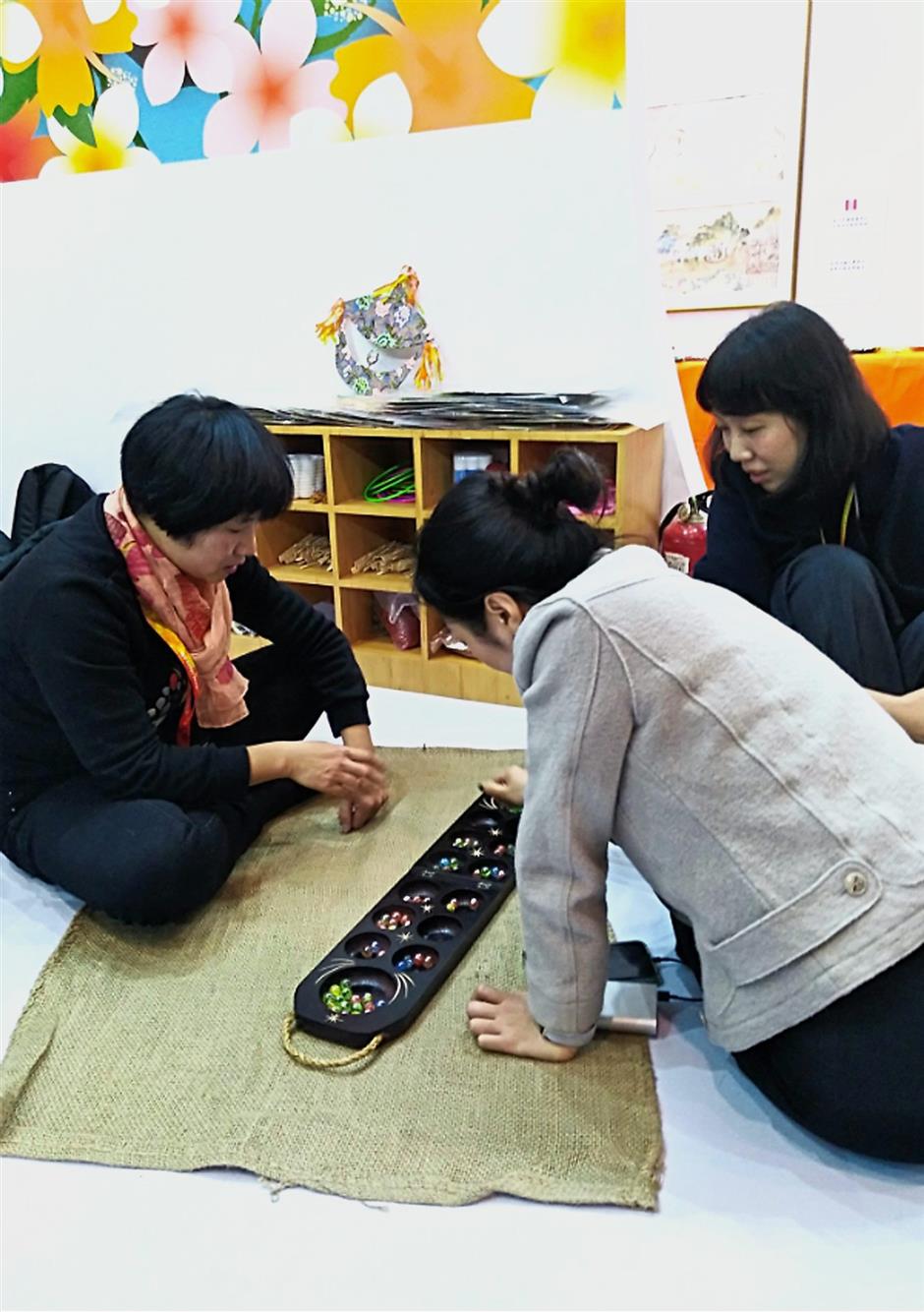 Traditional game: Visitors learning to play the congkak at the expo.

“I like it very much, I can taste the food, see the beautiful costumes with my own eyes and not just through books.

“After coming here, I can foresee spending my next overseas trip in an Asean nation,” he said, adding that he has not been to the region.

Another student Zhao Jiaxuan said he had limited knowledge of the region although Asean-China relations have been in existence for 15 years.

“All the while, we only read about trade and economics-related topics, not much on culture and traditions,” he said.

Jasmine Kho, chief executive officer of Mulu Group, which co-­organised the event together with the embassies of the 10 Asean countries, said they hoped to strengthen the local understanding of Asean culture, economy and social development through people-to-people exchanges.

“The connectivity among our people in the region plays a key role in making Asean an integrated market and production base,” she added.