By Muguntan Vanar and Stephanie Lee

KOTA KINABALU: Sabah Barisan Nasional is cobbling together a fresh coalition called Gabungan Bersatu Sabah (GBS), in anticipation of a High Court decision on Tan Sri Musa Aman's petition that he is the rightful Chief Minister.

Representatives from the component parties comprising Sabah Umno, Parti Bersatu Sabah, Parti Bersatu Rakyat Sabah and Parti Solidariti Tanah Airku (STAR Sabah) as well as independent candidates, came together Wednesday (Oct 24) to announce the new alliance that has yet to be registered.

The GBS alliance will be headed by retiring PBS president Tan Sri Joseph Pairin Kitingan (pic) while local party leaders will sit as co-chairmen of the newly forged alliance.

After the May 9 election, Sabah was left with a hung state assembly with Barisan, led by former chief minister Musa, and Parti Warisan Sabah, led by Datuk Seri Mohd Shafie Apdal with his partners DAP and PKR, winning 29 seats each in the 60-member house.

Shafie's Warisan and its coalition partners Upko, DAP and PKR has since gained a two-third majority with 44 assemblymen in the 65-member state assembly (60 elected and five nominated).

Pairin said the move to come together came following the realisation that the people of Sabah wanted a united and strong Sabah party as their leader.

He said they believed GBS will not only strengthen component parties but create an alternative alliance to form the government and govern the state well, fairly and equitably.

"GSB is set to work hard and win the next general election, when it happens," he said.

Pairin also said that GBS will focus on putting the people's interests first and create policies that benefit all genuine Sabahans. 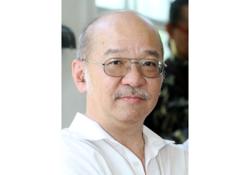