Clearer picture: Dr Azrul explaining to the attendees while (sitting from left) Loh, Dr Liew and Anita listening on during the forum at Menara Star in Kuala Lumpur.

PETALING JAYA: Anxiety and depression are the most common mental illness workers face in their workplace, say mental health advocates.

Mental Illness Awareness and Support Association founder and president Anita Abu Bakar said this was because most workers face high stress levels such as hitting key performance indicators, and deadlines in their day-to-day work life.

“That in itself will make you prone to have anxiousness and panic attacks. A lot of employees do not know that they face a lot of panic and anxiety attacks in their workplace.

Anita said as a counsellor, she encouraged workers who are suffering such symptoms to report their distress to their Human Resource department.

She said if the anxiety and panic attacks was not treated it would lead to depression.

“Of course before becoming depressed there are a lot of factors and symptoms must come into place. We are talking about the feelings of anger, being depressed, having a disturbed sleep pattern, and being unable to focus for a minimum of two weeks before a person can be diagnosed with depression,” she said.

Anita said if workers were facing these symptoms, these workers needed to immediately seek help.

Dr Liew said companies should adopt an open policy about mental illness, as this will encourage employees to come forward and share their problems.

He added that this will result in mental health illness being accepted and prevent sufferers from being stigmatised.

Dr Liew also lamented at how mental health care was not included as one of the policies covered by insurance companies.

Meanwhile, Occupational Health Services consultant and OSH Net founder and chief executive officer Dr Azrul Rozaiman Abdullah said one of the first steps to treat mental illness was for workers to acknowledge that they suffer from stress.

Dr Azrul said most stresses were a combination of work-related stress and also personal stress from home.

He said the demands of the job and personal problems would slowly manifest itself to affect a worker if it was not tackled during the initial stages of the symptoms.

Dr Azrul added that one of the ways workers could control their stress was by exercising consistently for at least three times a week to release the endorphin hormones, adding that it was important for workers to have a positive mindset, practice good time management to reduce stress, practice mindfulness, breathing techniques and even doing muscle relaxation exercises. 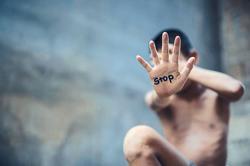 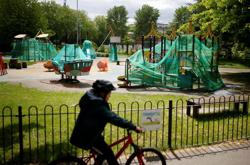