Dr M: Development budget will be cut to pay off debt 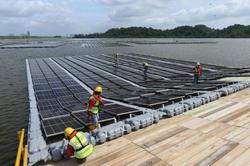 The government is unlikely to cut tax rates due to the RM1 trillion debt and liabilities as well as lower revenue collection from SST.

He said a lot of the government revenue must be used to pay off the mounting national debt, which he said had reached more than RM1 trillion.

“The fact is that a lot of the money we earn must be used to pay the debts, so we cannot reduce the operational budget.

“The only way to save money is by reducing the development budget,” he said yesterday.

He also said the government was expecting a lower Gross Domestic Product (GDP) growth next year with the target set between 4.5% and 4.9%.

This was lower than previous figures under the former government, said Dr Mahathir, because the figures by the former administration did not take into account “off-budget” spending.

“Whatever they don’t like, they put it off-budget. They borrowed RM42bil off-budget and that now has been inherited by the go­vernment,” said Dr Mahathir, referring to the debt by troubled state-owned investment arm 1Malaysia Develop­ment Bhd (1MDB).

To a question whether he was worried about Malaysia being down­graded by ratings agencies due to the revised 3% budget deficit by 2020, Dr Mahathir said the government was facing this challenge while trying to develop the nation.

“The market will react one way or another. What we are trying to do is improve the performance of Malaysia politically, economically and socially; everything is being done.”

On the “crooked bridge” linking Johor to Singapore, he said no consent was needed from the city-state on the project.

This was different from the third link project, which would require permission from Singapore, said Dr Mahathir.

“This (crooked bridge project) came from Johor but some people say they want the third bridge and not the crooked bridge.

“If they want to have the third bridge, we have to ask Singapore and I don’t think Singapore will give consent.

“The crooked bridge doesn’t involve Singapore at all and we can build it any time,” he said. 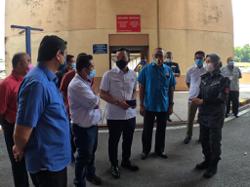