M’sia to do away with single-use plastics Going green: Yeo (second from right) looking at biodegradable products on display at the Convention Centre.

KUALA LUMPUR: There will be no more drinking straws and plastic carrier bags by 2030 under an ambitious plan that will see local councils imposing a “pollution charge” and a “no straw by default” policy.

These measures will be introduced under Phase 1 of the Roadmap Towards Zero Single-use Plastics 2018-2030 from next year until 2021.

The roadmap will also eventually see the implementation of a circular economy for recycling as well as position Malaysia as a leader in biodegradable technology and industry within the region.

During the launch, Energy, Science, Technology, Environment and Climate Change Minister Yeo Bee Yin said the pollution charge would be imposed on plastic carrier bags via the local councils for hypermarkets, big retailers, and chain stores and restaurants.

“The states will announce how and when they will impose the charge and how much. The federal government will give the states the liberty to do this because the awareness level is different in each state.

“And the money cannot be used for other things, except to increase awareness, help it to be green and to give lots and lots of recyclable shopping bags to the public,” she said, stressing that the roadmap was a “living document” which could be adapted to changes.

On the “no straw by default” policy, Yeo said from next year, customers in eateries would automatically be served drinks with no straws.

“But you can ask for straws. It’s just that no straw will be served with your drink unless you ask for one,” she said, adding that this policy would be carried via licensing for eateries by the local councils.

Yeo said all the state governments, including those run by the opposi­tion, had agreed to the roadmap.

Under Phase 2 between 2022 and 2025, the ministry hoped to have widespread use of biodegradable bags as well as talks with other countries in the region on marine debris, she said.

By the end of this year, Yeo said Sirim would also draw up standards on what comprises biodegradable plastic.

The launch was attended by Selangor Princess Tengku Zatashah Sultan Sharafuddin Idris Shah, who is an advocate against the use of straws, industry players and various state excos.

Later during the dialogue, Yeo said the government had frozen the issuance of licences to set up plastic waste recycling factories in Malaysia and banned the import of such materials.

A joint ministerial committee to tackle plastic waste, she said, had been set up comprising representatives from her ministry and other agencies, adding that this would be meeting on Oct 26.

Earlier, during the launch of the International Greentech and Eco Products Exhibition and Conference Malaysia, Yeo said a Building Energy Intensity Labelling for the local building sector would also be introduced this Saturday.

The government, she said, would also be aggressively stepping up the adoption of energy performance contracting for some 5,000 government buildings around the country next year.

“We can save by retrofitting the buildings by making these electricity efficient,” she said, adding that this would benefit energy-saving industries. 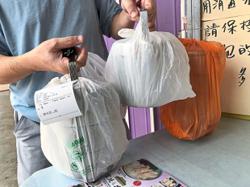