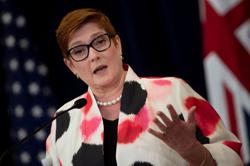 KUALA LUMPUR: The Immigration Department says they do not detain refugees who are working, saying that it is a matter of human rights.

However, Immigration deputy director (operations, investigation and prosecution) Eadie Nor Faizal said this issue of refugees working was a "grey area".

"We don't have any proper guidelines to handle these UNHCR card-holders.

"When we do raids, we normally release them on the spot. We respect their human rights," he said on Wednesday (Oct 17) during a National Consultation on Comprehensive Policy Framework for Refugees that was organised by the Bar Council.

He, however, said that there were employers who took advantage of the refugees, as they did not have to sign contracts and maybe just made promises that they would be paid.

"We have a big headache on these issues.

"If we let them go, the problem is still there. If we hold them in detention, we don't have any room," he said.

He said they would be released if their UNHCR card was genuine.

"They are also human. They need to feed themselves. They have some family members to take care.

"In terms of the law, this is still a grey area," he said.

He said the newly elected government should probably look into this area.

As of end-September 2018, there are some 161,454 refugees and asylum-seekers registered with UNHCR in Malaysia.

About 90% of them are from Myanmar, with Rohingya refugees making up the bulk of them. 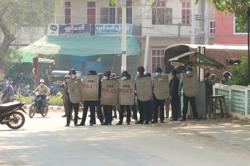 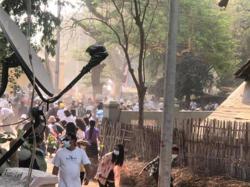