Ma: US will suffer more in trade war with China

“I am concerned that the United States will suffer more from this trade war. In the past 20, 30 years (to some extent), the country grows because of this trade deficit. The unemployment rate is low.

“Their economy has been growing fast (despite) a trade deficit,” said Ma, who is making a special appearance at the China Conference organised by the South China Morning Post via a video conference yesterday.

According to the billionaire technopreneur, the US trade deficit was an issue accumulated over the past few decades and this could not be solved overnight.

He also shared his grandfather’s story to illustrate that there were many ways of looking at an issue.

“My grandfather started smoking when he was 17. He smoked until he was 92. The only problem he suffered was coughing a lot in the evening. The rest was okay.

“But when he turned 92, everybody told him to stop smoking. He stopped and three months later, he died,” he said, drawing laughter from the delegates.

US President Donald Trump had repeatedly cited the country’s widening trade deficit with China as the reason for declaring tariffs on Chinese imports, leading to the trade war.

Ma warned that trade wars would cause problems for many – not only to China – but any country connected to the United States and China.

“It will also last very long. We should focus on creating opportunities (and) improve the education system,” he said. 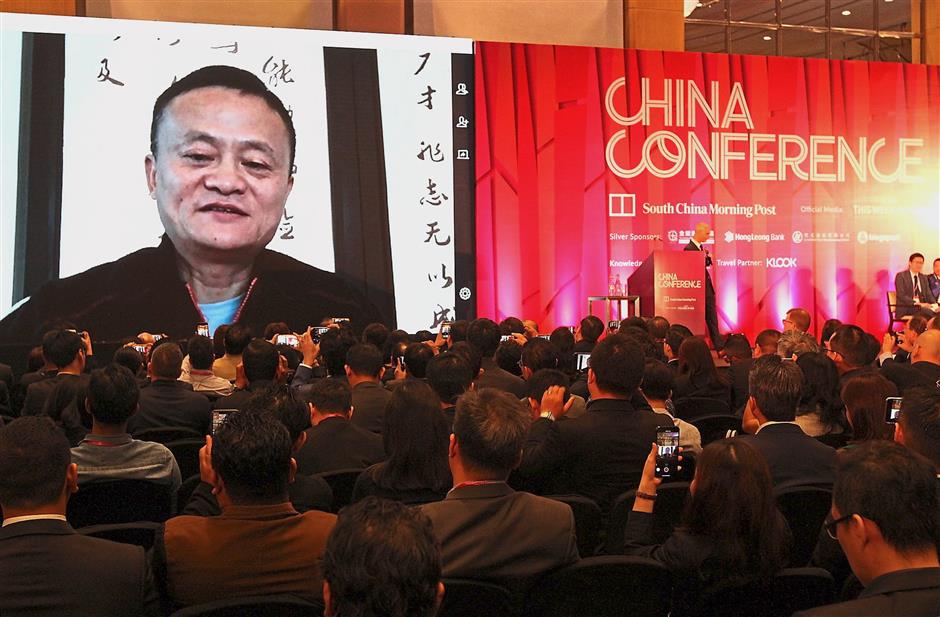 However, Ma said he had not lost hope despite the trade war and greater tension between China and the United States, adding that he was “almost optimistic” as there were still many opportunities, even in bad times.

“If you are not optimistic, don’t be an entrepreneur,” he said.

The US-China trade war was one of the most popular topics at the China Conference.

“I hope policy makers in the Chinese government think hard on what is needed to be done for the Chinese economy to be healthier (and) to improve the efficiency of the government.

“In such a way, the trade war may not be such a bad thing,” he said.

Asked if Asean countries would be forced to take sides in the trade war, Asian Development Bank vice-president Stephen Groff said: “With further integration – collectively and individually – Asean does not have to stand against China or the United States. They should have their own perspective in addressing issues.”

Prof Dr Edmund Terence Gomez of Universiti Malaya said the new Malaysia should not be too confrontational towards China and instead focus on China’s productive projects in Malaysia.

“There are many dynamic and productive projects invested by China’s public and private sector.

The problem with the new government is that there is too much focus on debt-based projects such as the East Coast Rail Link.

“Malaysia seems to be more confrontational towards China. This has to be sorted out quickly,” he said, adding that investments flow into Malaysia could be affected.