He started it, Melaka villagers say of fight with 'Hulk' Exco MELAKA: The controversy between villagers and Melaka executive councillor Norhizam Hassan Baktee has become a he-said-she-said argument, as both sides are accusing each other of starting the fight.

In a video with Melakakini, Norhizam said he was provoked by the villagers opposing him and only raised his voice after the villagers raised theirs.

In a separate video on the Belia Bangkit Facebook page, the woman who was seen arguing with Norhizam in the viral video said he provoked them.

"When Pak Cik (the man in the video) gave [Norhizam] the letter, Norhizam immediately asked 'what is your problem?'," she said.

"YB immediately started provoking us... We tried to explain our suggestions, but he would not listen," she said.

She added that Norhizam grew angrier when other villagers came to talk to him, as the villager's natural talking style is rough.

"As a YB Exco, he should be tactful in dealing with villagers, especially when these villagers have a lower level of education," she said, adding that Norhizam raised his voice.

"When a villager told him 'why do you close the road, just open it', Norhizam responded 'Do you know who you are talking to? I am YB'... That's how the argument started as seen in the video," she said.

The villager said they were not able to reach a solution about the road closure.

"He said he did not want to find a solution, and he also said, 'see you in court'. 'If you want to fight, fight me in court'," she said.

She said Norhizam refused to listen to their suggestions for an amicable solution to the road issue.

She claimed that he said he is taking care of his constituency in his decision to close the road.

"But why are you not taking care of us?" she countered.

In the viral video, the Melaka Agriculture, Entrepreneur Development and Agro-based Committee Chairman was seen raising his voice during a peaceful dialogue over a road dispute, which went viral.

Norhizam was accused of being uncouth towards the villagers in an argument in Bukit Beruang here. 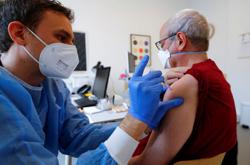