MCMC said optimising the use of spectrum was crucial to ensure improved quality of service, wider coverage and better mobile broadband speeds.

PETALING JAYA: Government intervention has resulted in more than 30% reduction in broadband prices for entry-level packages.

The Malaysian Communications and Multimedia Commission said the implementation of the Mandatory Standard on Access Pricing (MSAP) led to the lower prices.

“They are now offering entry-level packages, priced below RM100, as well as those with higher speeds at lower prices,” MCMC said.

“The price reduction is in line with government efforts to provide world-class high quality services at affordable prices.”

On June 20, Communications and Multimedia Minister Gobind Singh Deo announced that fixed broadband prices were expected to drop by at least 25% by year-end following the implementation of the MSAP. 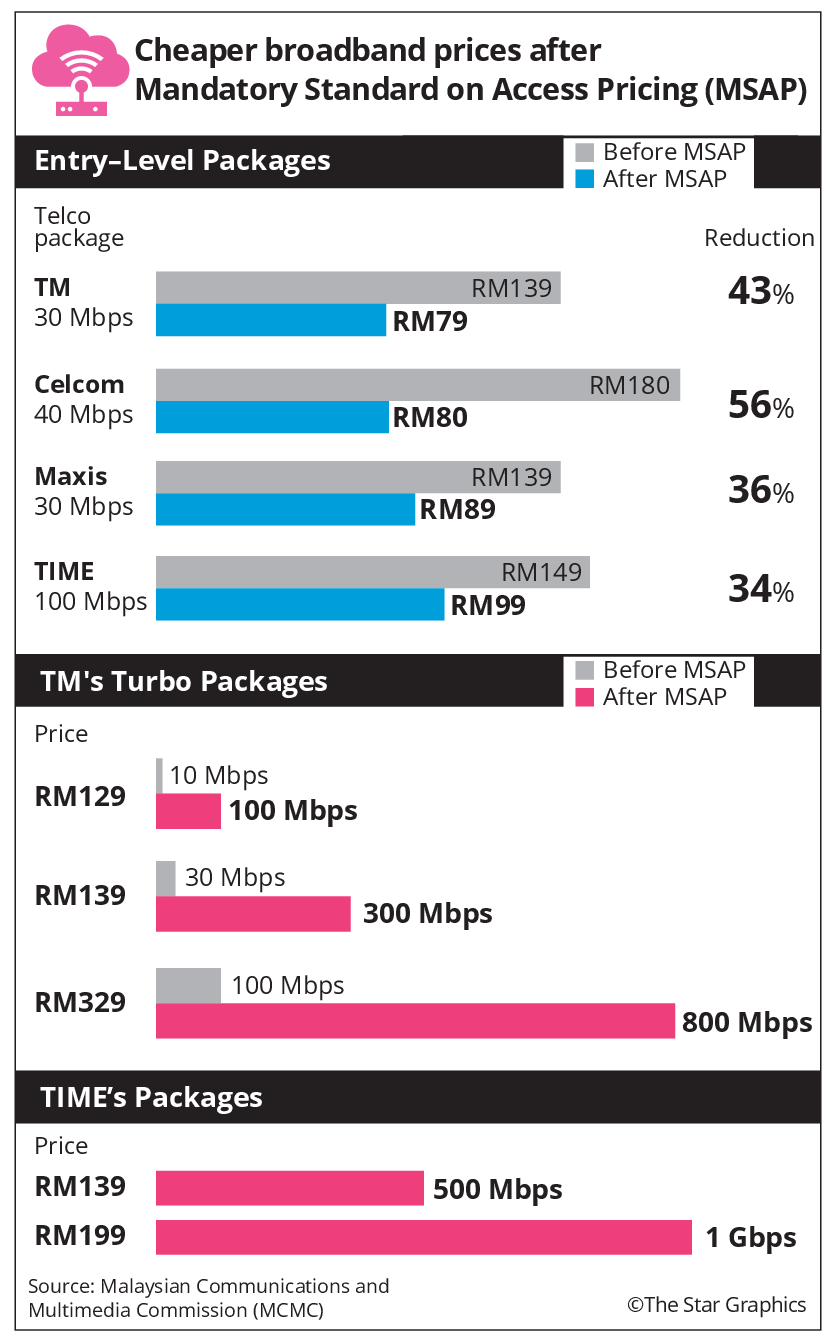 MSAP, which was implemented on June 8, required telcos to submit access agreements that would result in the reduction in fixed broadband prices to MCMC.

A month later, Gobind said he hoped to see the country achieve a 95% broadband coverage in populated areas by 2020.

Apart from entry-level packages, MCMC said the telcos had also announced plans to more than double the broadband speed at the same price.

“In some cases, the speed increased by 10 times, such as that being offered by TM,” it said.

It added that other telcos had also announced plans to introduce higher-speed packages, with Time leading the way via the introduction of a gigabit level package for RM199.

“This is the first time that a gigabit level speed is being made available to a significant segment of the population in Malaysia,” said MCMC.