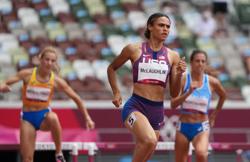 KUALA LUMPUR: A night market trader was sentenced to 36 months in jail after he changed his plea to guilty on three counts of dealings with terrorist property.

Muhammad Hassan Syauqi Omar (pic), 24, pleaded guilty to allowing the deposit and withdrawal of money in three transactions – amounting to RM2,200 – into his bank account.

The money belonged to his brother Muhammad Fudhail and one Wan Mohd Aquil Wan Zainal Abidin.

Both Muhammad Fudhail and Wan Mohd Aquil were members of the Islamic State terrorist group.

The charge under Section 130Q(1) of the Penal Code provides for a maximum 20 years imprisonment or with fine and may also be liable to forfeiture of any property involved.

In his judgment, High Court Justice Azman Abdullah said terrorist groups would not succeed if they did not receive support from family and friends.

However, Muhammad Hassan will only serve 36 months as the court ordered the jail time to run concurrently from the date of arrest on May 26 last year.

Earlier, lawyer Syahredzan Johan, who represented the ac­­cused, asked the court for a lenient sentence as it was Muhammad Hassan’s first offence.

“My client does not show any tendency to support terrorist groups.

“Nothing of such evidence was found in his handphone.

“All the transactions were done upon the request of his brother and my client did not know what the money was meant for,” he said.

DPP Noor Syazwani Mohamad Sobry asked for the court to pass a just sentence to serve as a lesson to the public.