PETALING JAYA: The Malaysian Plastics Manufacturers Association (MPMA) wants the government to go after the illegal operators importing and recycling plastic waste, saying that they are giving the industry a bad name.

MPMA recycling sub-committee chairman C.C. Cheah said there was a proper way to recycle waste that would not cause pollution.

Cheah said the legal operators would have proper recycling and treatment facilities that were ISO 14000-certified.

In July, the Housing and Local Government Ministry revoked the Approved Permits (APs) for plastic waste imports, affecting 114 legal plastic waste factories all over Malaysia for three months up till Oct 23.

Cheah said this would affect their operations, but they did not mind this in the short term.

“We want the government to go after the illegal operators and shut their factories down. The problems occur because too many illegal factories have been set up over the past one or two years,” said Cheah, who is also MPMA vice-president.

He added that these illegal factories were importing the waste without proper APs and didn’t comply with ISO 14000 standards.

For the legal businesses, said Cheah, they needed to import the waste as there was not enough local waste to recycle to achieve the economies of scale.

“In Malaysia, the waste management system is not good. The plastics recycling industry in Malaysia requires imported plastic waste so that there is an economy of scale.

“Allow the legal ones to continue so that we can recycle more local scrap,” he said.

He said the legal operators were typically located in industrial areas with proper certificates of fitness.

“The legal ones will need approval from the Department of Environment (DOE) to operate,” he added.

Meanwhile, environmental NGOs, too, are up in arms over the import of plastic waste.

“Are we so hard up for money? It’s all about greed. We should not be a dumping ground.

“I feel really sorry for those staying around the affected areas. It feels like a different planet,” she said, referring to the factories in the Banting area.

Ecotourism and Conservation Society Malaysia CEO Andrew Sebastian said that plastic waste was a pollutant that had serious long-term implications.

“We have not even managed to fully recycle plastic waste in the country and yet we are allowing more pollutants into the country. It seems nonsensical to me,” he said.

He also asked if the DOE was keeping a close watch on the industry. 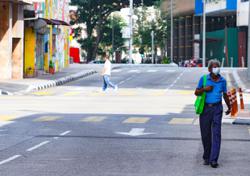 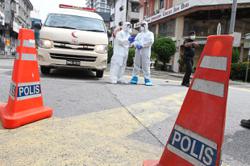