LGBT or same-sex marriage not for Malaysia, says Dr M 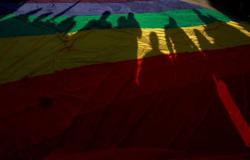 PUTRAJAYA: Malaysia will not recognise LGBT culture or same-sex marriage in the country as it does not subscribe to “Western values”, says Tun Dr Mahathir Mohamad.

“While the government respects recommendations made by the Malaysian Human Rights Commis­sion (Suhakam) on many human rights issues, some things are only meant for the West.

“Suhakam made a presentation today. While we agree with suggestions made by Suhakam, we must remind them that our value system is not the same with the West. They are more free.

“There are certain things that we cannot accept even though it is accepted as human rights in the West.

The Prime Minister said Malay­sia’s concept of a marriage only involved a man and a woman.

In July, Suhakam urged to government to stand up for all Malaysians, including LGBT persons, while firmly upholding principles of equality and non-discrimination in accordance with the Federal Constitution.

The statement came following the resignation of Numan Afifi Saadan, who was an aide to Youth and Sports Minister Syed Saddiq Syed Abdul Rahman, following backlash over the former’s LGBT activism.

Meanwhile, at the meeting, Suhakam also made several proposals, including amending the Suhakam Act.

The committee agreed with Suhakam’s recommendation that the Act should be amended to increase the commission’s power in enforcement and to organise mediation. Suhakam also proposed for the annual Suhakam report to be debated in Parliament. 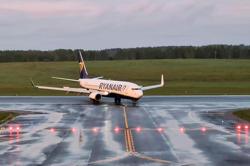