The raid took place at about 4pm yesterday, according to a family member.

It took place as the former prime minister was being slapped with 25 fresh corruption and money laundering charges.

Najib’s mother Tun Rahah Moh­ammad Noah was at her house in Jalan Eaton when police showed up, added the family member.

Najib’s lawyer Tan Sri Muham­mad Shafee Abdullah also confirmed the raid, saying that nothing was removed from the house.

“Yes, very mean of them to scare the poor lady and they found nothing in her house,” he said when contacted. 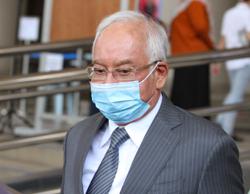