PUTRAJAYA: The Cabinet has given its approval for 54 students to be awarded Public Service Department (PSD) scholarships, said the department.

PSD director-general Datuk Borhan Dolah said out of the 54 students, 13 students have received offers from the world's top 10 universities under an 80:20 arrangement, in which 80% is sponsored while 20% is self-funded.

The remaining 41 students will receive full PSD scholarships to pursue courses in local universities, he said.

“At the moment, the Cabinet prioritises students with offers from the world's Top 10 universities, according to the Times Higher Education list,” said Borhan to reporters here.

In 2016, the government in a cost-cutting measure had significantly reduced the number of students sent abroad under JPA scholarships, preferring instead to enrol students in local universities.

The Cabinet's decision came following a petition submitted to the government by 63 students, who had asked for consideration to be sponsored to study abroad. 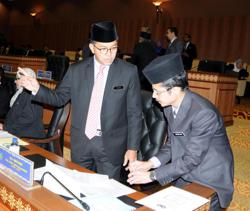