How many illegals in their midst exactly? Johor wants to know

JOHOR BARU: The state government plans to compile statistics of illegal immigrants in Johor to obtain an exact number of undocumented foreigners.

He said there were no exact figures on the number of undocumented foreigners in the state, as the figures given by the Federal agencies and NGOs were different.

Ramakrishan said figures from the Human Resources Ministry on illegal immigrants, including foreign workers, put it at around 850,000.

On the other hand, the Malaysian Trade Union Congress and Federation of Malaysian Manufacturers gave a much higher figure than that.

"We are taking an average number at 750,000 undocumented foreigners in Johor, but the figure could be different after the exercise to compile the exact figures," said Ramakrishnan.

He said he would bring up the plan during the state executive councillor for approval from the state government.

He said Johor had the second highest number of illegal foreign workers in the country at 20%, behind Selangor.

Ramakrishnan said most of the undocumented foreigners were living in rural areas, and some of them had been around for 20 to 30 years.

"They married among each other, as well as with locals, and this is a long-standing issue which we need to solve once and for all," he said, adding it was not an easy task.
Article type: metered
User Type: anonymous web
User Status:
Campaign ID: 1
Cxense type: free
User access status: 3 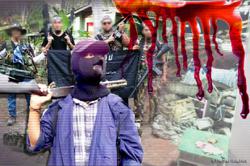 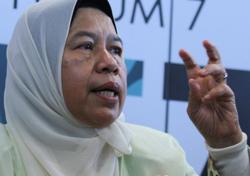