Caning of lesbians – an eye opener for many

KUALA TERENGGANU: It was over in six minutes.

Two women who were sentenced to be caned six times each after pleading guilty to same-sex relations by the Kuala Terengganu Syariah High Court did not shout nor scream.

About 150 people were present in the courtroom, watching as a lady officer from Kajang Women’s Prison carried out the sentence with a cane measuring about a metre.

The officer swung the cane, hitting the first woman’s back with a force similar to a forceful tap, as another woman officer from the Prison’s Department kept count.

The accused did not wince. When the punishment had been served, she was led back into a room.

However, when it came to the younger woman, sobs could be heard as another woman prison officer carried out the sentence.

The women, 32 and 22 years old, were supposed to have been caned on Aug 28 but had their sentences postponed to yesterday.

On Aug 12, the Syariah High Court fined the women RM3,300 and ordered that they be caned six times each for committing musahaqah (sexual relations between women) under Section 30 of the Syariah Criminal Offences Enact­ment (Takzir) (Terengganu).

The caning for such an offence is believed to be the first to be carried out in the state. 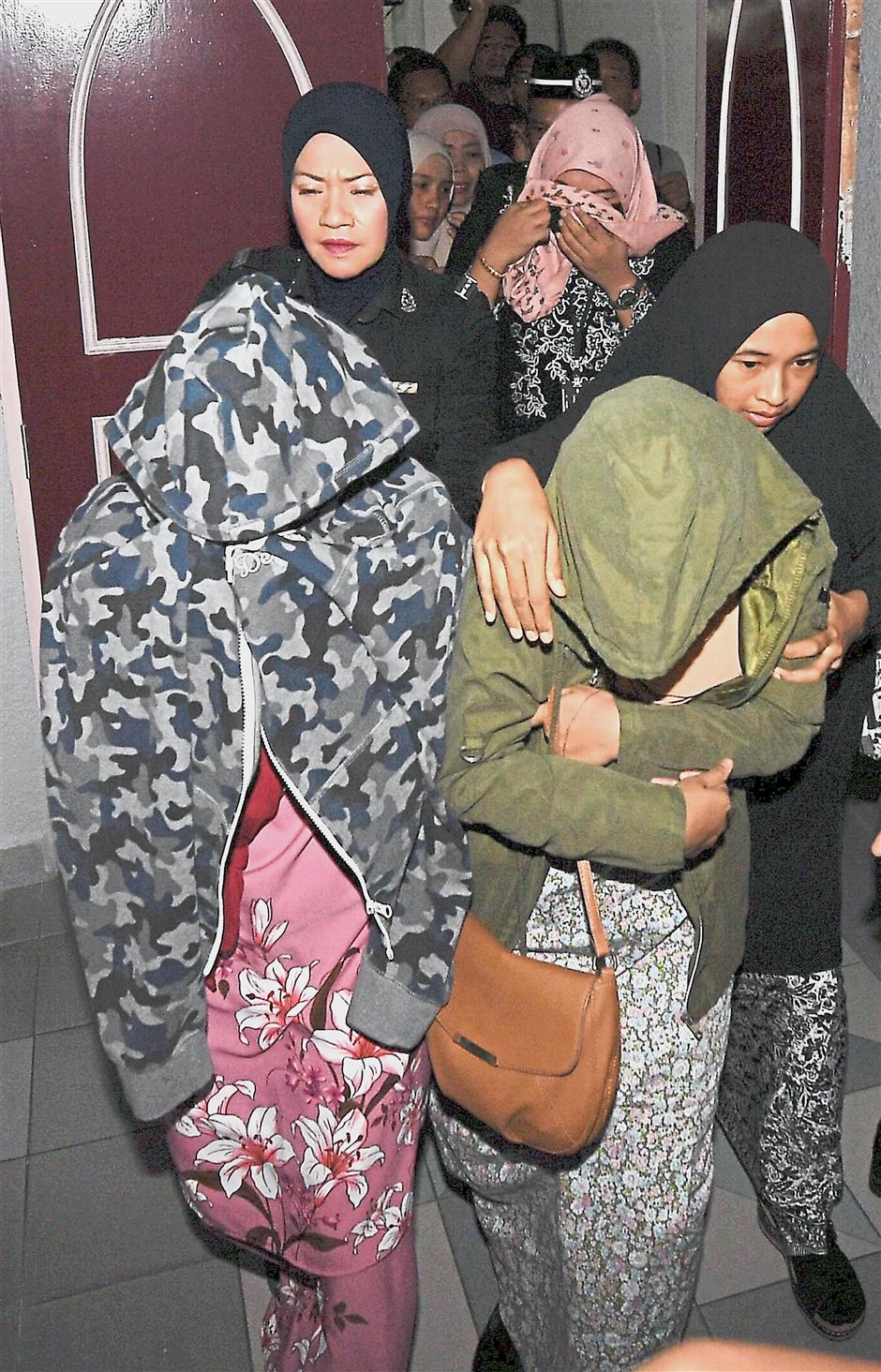 First of its kind: The caning for such an offence is believed to be the first to be carried out in the state. — Bernama

Court officials took every measure to protect the women’s privacy.

Those who wanted to be inside the courtroom had to surrender their phones to officials at the door, who placed them in plastic bags secured with zip lock strips, before being allowed in.

The rule was strictly enforced inside where court officials kept an eye out for smuggled devices and did not hesitate to query anyone suspected of doing so.

He later read out the sentence and advised people not to shun them as they had shown repentance by accepting their punishment.

“This sentence is not meant to hurt but to serve as a lesson,” he said, adding that the women had been given a chance to appeal their sentence but they chose not to.

About 10 minutes later, the accused were led separately into the courtroom.

They had changed into plain white baju kurung and matching headscarves, which paled in comparison to what they wore when they arrived at court around 8.20am – bright coloured baju kurung with floral motifs and headscarves.

After the medical officer confirmed that the 32-year-old was fit enough to receive her punishment, she was led to a high stool at the corner of the courtroom.

Her back faced the people in the room and the side of her face was covered.

The officer proceeded to carry out the sentence at her own time and pace, in accordance with Section 125 of the Syariah Criminal Procedure (Terengganu) Enactment 2001, which also states that the cane should not be swung from a level above the head.

Observers from the Terengganu Syariah Lawyers Association and the State Bar Council said they were satisfied with the execution of the sentence.

“It did not look forceful and we are satisfied because proper procedure was followed in which the caning did not break the skin,” said association deputy president Fazru Anuar Yusof.

Meanwhile, Terengganu Bar Council chairman Sallehudin Harun, who also represented the Bar Council, said he would prepare a short report on the caning and present it to the council.

“Today’s sentence will give the real picture about Syariah caning.

“I was confused about it before because we imagined that it would be forceful but after seeing it today, it puts the Syariah court in a positive light and this issue shouldn’t be exaggerated.

“The sentencing went smoothly and did not cause the accused any harm,” he said.

Caning was merely a lesson to others, says exco