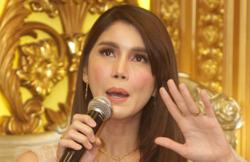 KUALA TERENGGANU: Two women who pleaded guilty to attempting to have same-sex relations were caned six times at the Syariah High Court here on Monday (Sept 3).

The sentence was conducted behind closed doors in the courtroom after it was read out by Syariah High Court Judge Kamalruazmi Ismail.

The older woman, aged 32, did not wince when the cane hit her back with the strength almost similar to a forceful tap.

Syariah caning is not similar to civil whippings, in that it is not meant to hurt and the cane should not be swung from a level above the head.

Observers from the Terengganu Syariah Lawyers Association and the state Bar Council said they were satisfied with the execution of the sentence.

"It did not look forceful and we are satisfied because proper procedure was followed in which the caning did not break the skin," said Terengganu Syariah Lawyers Association deputy president Fazru Anuar Yusof.

"Today's sentence will give the real picture about Syariah caning.

"I was confused about it before because we imagined that it would be forceful but after seeing it today, it puts the Syariah court in a positive light and this issue shouldn't be exaggerated.

"The sentencing went smoothly and did not cause the accused any harm," he said.

About 150 people were present in the courtroom and among them were state exco chairman of Syariah implementation, education and higher education Satiful Bahri Mamat, Kuala Terengganu MP Ahmad Amzad Hashim and State Assembly Speaker Yahaya Ali.

The women were supposed to have been caned on Aug 28 but had their sentence postponed to today.

Suhakam in a statement on Aug 15 described the punishment as humiliating and demeaning.