With seed capital of RM100,000 and 10 designers on the platform, Vivy Yusof and her husband Fadzarudin Anuar started FashionValet, which has grown into a regional champion with 400 designers on its website selling fashion apparel, shoes and accessories, shipping them all over the world.

Vivy Yusof is the poster child for the local e-commerce industry, running a successful start-up known as FashionValet (FV).

Her unerring taste in style has also made her a social celebrity with more than 1.5 million followers on Instagram.

Vivy and her husband Fadzarudin Anuar started FV in 2010 after completing their education in London.

For the uninitiated, FV is an e-commerce platform that gathers home-grown designers under one roof. It is now in its eighth year of operations.

Starting out with just RM100,000 in capital and 10 designers in tow, FV is now a regional group with 400 designers on its website selling fashion apparel including shoes and accessories, shipping them all over the world.

In March, FV closed its Series C fund raising exercise and got Khazanah Nasional Bhd onboard as an investor.

The husband-and-wife team also secured investment from Elixir Capital, a global private equity firm based in Silicon Valley, California, in 2015, as well as from Japan-based e-commerce company Zozotown.

According to data by Crunchbase, a platform which gathers information on private and public companies, FV managed to raise a total of US$6.4mil (RM25.6mil).

However, the journey was not easy. According to Vivy, during the initial stage, she faced hiccups in selling her idea to local designers.

“They were skeptical in the beginning, but I begged them to try to create ready-to-wear pieces for FV,” she says.

For Vivy, it is very important to believe in your idea in order to make it work. FV was launched just a month after the idea was conceived.

Since then, she and Fadzarudin have never looked back.

“We just knew it was going to work, so we worked really fast towards it. We took inspiration from online shopping sites we used to shop at when we were studying in London.

“We also met as many designers as possible and worked with a web developer to create a website,” she says.

Although FV is facing competition from other e-commerce giants such as Lazada and Zalora, Vivy reckons that FV’s success stems from its focus on a niche market.

“We focus on our strength, which is to grow the local fashion industry. We work very closely with them by offering services from distribution to marketing and even working on collaborations together.

“We love seeing brands grow from making sales of 10,000 pieces a month to hundreds of thousands a month,” she says.

FV offers a wide selection of ready-to-wear garments and carries homegrown brands and designers, serving as a key platform for up-and-coming designers across Asia.

While many of Vivy’s followers on Instagram think of her as a bubbly and happy-go-lucky person, behind the scenes, she believes that being ambitious is one of the most important factors for entrepreneurs.

“There is no point in creating a business if you don’t plan to grow it really big,” she says.

FV is now in the midst of starting its business model in the Middle East.

“We’ve been surpassing our targets and doubling revenue year on year since we started, so the growth overall has been amazing. We have to work hard to see this trend continue and it gets more challenging the bigger we get,” Vivy says.

Aside from FV, Vivy is the founder of a Muslimah urban lifestyle label called dUck under the Duck Group, as well as DuckCosmetics. The hijabs under the dUck label sell like hotcakes.

In terms of recognition, Vivy’s success in running an e-commerce empire at a relatively young age has landed her on the Forbes 30 Under 30 Asia list.

Forbes describes her as “Malaysia’s youngest e-commerce mogul” and the “perfect poster child” for the modern Malaysian woman based on the strength of her personal branding.

Vivy points out that people should always think about doing more, be able to take criticism and work toward their targets instead of staying in their comfort zone.

Although Vivy has an army of loyal social media followers, she believes people should not be too absorbed with getting approval and praise.

Instead, they must learn to take criticism in order for them to grow.

“With the rise of social media, people nowadays are too self-absorbed, always wanting affirmation and praise. That’s a dangerous trait to have as an entrepreneur.

“Don’t ask people what they like about your ideas. Ask them what they don’t like about those ideas. That’s the only way you can see potential problems,” she says.

Merdeka is a special time for FV as a company that wants to help local entrepreneurs to grow into big brands that can stand internationally and become a source of national pride.

“Independence Day is especially meaningful to us because at the root of everything we do is our love for our country.”

She says that for the country to move forward, Malaysians must first focus on changing themselves to become more progressive individuals.

“We must be individuals that have a lot of positivity, courage, love and kindness for one another.

“We each have our strengths and skill sets, so let’s focus on building those up instead of wasting time trying to bring each other down. If we put all our strengths together, Malaysia can be a powerful country with a lot to be proud of.” 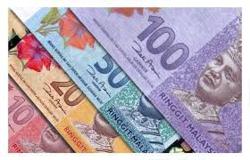