Total of 5,445 consumer goods to be exempted from SST

Only 545 consumer items were exempted from GST when it was introduced in 2015.

Customs Department deputy director-general Datuk Seri Subromaniam Tholasy revealed the list of items that would be exempted from the Sales and Services Tax (SST) during a briefing with the media on Thursday (Aug 30).

Among the items that will not be taxed are live animals, daily food items like rice, cooking oil and bread, general goods like newspapers and sanitary pads, and vehicles including bicycles, motorcycles below 250cc, and forklifts.

Private hospital services like ward and food, veterinary services, as well as flights within Sabah and Sarawak will not be taxed either.

Still to be taxed are electrical appliances like washing machines and radios, personal items like shampoo and shower gel, as well as processed foods like fruit juice and butter.

Subromaniam also revealed that the number of service tax-applicable businesses is 43.49% compared to 65.85% of services that were GST-applicable.

“There were 472,000 business that were registered with GST, but we expect only 80,000 businesses to register with SST,” he said.

“About 85% of businesses will be out of the tax net,” he said, adding that this would help reduce prices as small manufacturers, cottage industries and small retailers will not be burdened by taxation.

Subromaniam said the compliance cost for businesses that are SST taxable is also lower, thus further lowering their prices.

“There are no refund mechanisms … . Unlike GST, they do not have to purchase special accounting software, conduct staff training or appoint GST consultants to manage their accounts,” he said.

Subromaniam said that GST was a complicated taxation system for businesses to manage as there were 36 tax codes for different items.

“The government has taken into consideration the people’s well-being. The tax collection from SST will be halved (from GST’s collection of RM40bil to SST’s expected collection of RM21bil), but our objective is to reduce the cost of living,” he said. 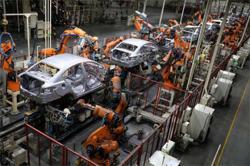