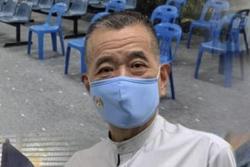 PLUS highway managing director Datuk Azman Ismail said the demolition work will be carried out in stages and is expected to be completed by the end of March.

BALAKONG: Pakatan Harapan candidate for Balakong, Wong Siew Ki, 32, says the media should ask Finance Minister Lim Guan Eng when tolls will be abolished as the matter comes under the Federal Government.

The topic emerged Wednesday (Aug 22) when Wong accused her opponent, MCA's Tan Chee Teong, of copying the Pakatan manifesto in his push to abolish tolls and upgrade drainage in the constituency.

To a question, Wong said she was not aware of how many toll collection points there were in the vicinity of Balakong.

She said there were likely “quite a lot” if she was not mistaken.

The Balakong by-election is now seeing the toll issue becoming one of the points of contention.

Pakatan had promised to do away with tolls in its GE14 manifesto, but so far no deadline has been set for it.

The issue does have some resonance in Balakong.

Nelson Tan, a resident here, pays RM6 in toll and spends about three hours commuting to and fro daily for work.

He said he has to wake up at 5am and leave his Balakong village house before 6am for Kepong to avoid the morning rush-hour traffic.

Tan, who’s in sales, said he would get home at around 9pm to avoid the jam.

“I would have to spend more than three hours on the road if I didn't avoid the peak rush hours.

“I hope the Pakatan Harapan government can abolish the toll as soon as possible,” said the 30-year-old.

This hope is shared by his wife Yap Mei Ying, 25, and in-laws Yap Chor Lim and Anny Lai.

To avoid paying toll and petrol and spending hours on the road, Mei Ying told The Star she worked at place close to the village so that she could spend more time with their baby daughter.

Meanwhile, Wong and DAP stalwart Lim Kit Siang did a one-hour walkabout at the Kampung Baru Balakong coffeeshops here starting at 8am.

Lim advised DAP supporters to come out in full force to vote and not be complacent, thinking it would be a sure win for the party here.

On the MCA candidate promising to provide a “check and balance” on the state government as an opposition assemblyman, seeing how Pakatan already has 50 of the 56 seats in Selangor state assembly, Lim claimed the MCA was not fit to do the job.

He accused the MCA of not having played its role as part of the Barisan Nasional government for the last 60 years before it was ousted in GE14.

Wong, on her part, said she hoped for at least a 60% voter turnout on polling day. She said it would be better if it were between 80% and 90%.

Wong and Tan, 40, are in a straight fight on Sept 8 for the Balakong state seat that was left vacant after assemblyman Eddie Ng Tien Chee died in a highway accident on July 20.