SERIOUSLY committed – that’s how Dr Xavier Jayakumar feels about the “shoot on sight” policy he recently proposed to solve the problem of poaching in Malaysia’s jungles.

The newly appointed Water, Land and Natural Resources Minister vows to go that extra mile to protect the endangered Malayan tiger, tapir and elephants from poachers.

As he points out, there are about 250 to 350 tigers left in Malaysian forests, and now there are even poachers from Indochina illegally hunting in the forest reserves of Perak, Kelantan and Pahang.

“They put snares everywhere. We remove a portion of them but there are thousands of them laid in the forest.

“They don’t only catch the tigers, they catch all the animals in the snares.

“That is a huge problem. Tigers are apex predators; if you remove the tiger, you have a problem with all the other predators. 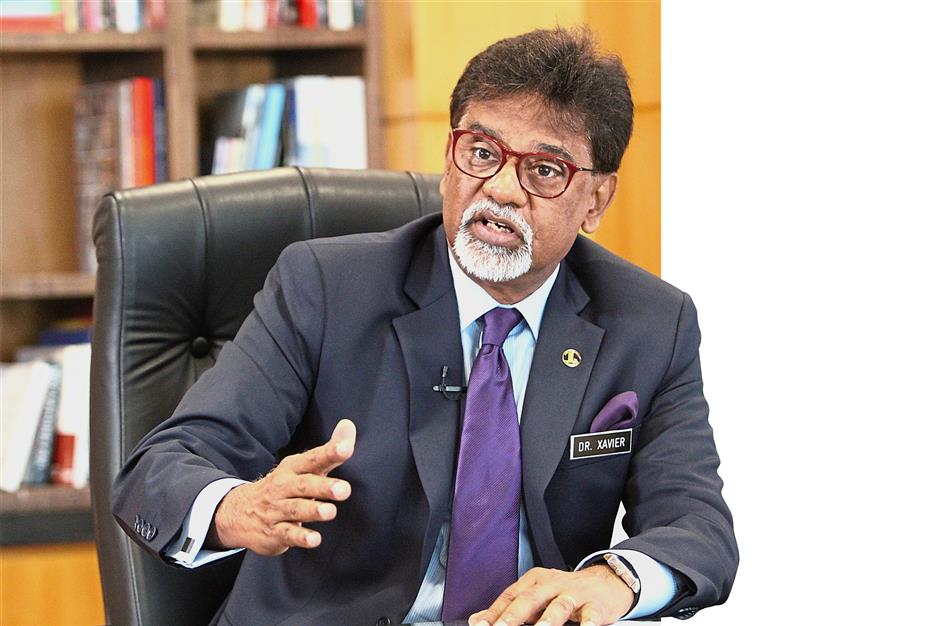 “I strongly believe in a shoot on sight policy to address this,” Dr Xavier tells Sunday Star in an exclusive interview recently.

It may seem drastic but it has proven successful elsewhere when all other measures against poachers fail. Besides, the poachers are often better armed than our park rangers.

But Dr Xavier says he has to convince his other colleagues in the Cabinet about the merits of this move.

He is also suggesting more deterrent laws by making amendments to the Wildlife Conservation Act.

He wants to make more meaningful laws that can “frighten” people from harming or disturbing wildlife, such as a five-year jail sentence for someone in possession of a prohibited item such as the paw of a tiger, the claw of a bear or a rare bird.

“We have to look into this in the long run,” he says.

The conservation of wildlife is just one task facing Dr Xavier in this wide-ranging ministry that covers water, land and mineral resources.

“Water” covers not just the source, but all the way to the taps.

It also covers sewage systems and flood mitigation, among other things.

“Land” is all federal land, of which the ministry is the guardian, while natural resources include everything from forests to marine parks.

Anything that is mined under the ground would require a permit and Approved Permit (AP) from the ministry before it can be exported, says Dr Xavier.

One of the biggest issues facing the country is deforestation because of logging, Dr Xavier highlights.

While illegal logging is not much of a problem, he says there is rapid deforestation going on, particularly in Kelantan, Kedah and Pahang.

As it stands, the forest cover in Malaysia stands at about 52%, says Dr Xavier.

Without Sabah and Sarawak in the equation, Peninsular Malaysia does not meet the 50% requirement in accordance to the 1992 Rio Conventions.

The problems with deforestation also have a lot to do with the water that comes out of our taps, as forests are important for water catchment.

Malaysia as a tropical country shouldn’t be short of raw water if there is proper management of the resource.

“It’s just a matter of management. Because of the privatisation of the water industry, the private shareholders pay more attention on earning revenue and profit rather than looking at expanding or putting in the best system so that everybody can get water throughout the year,” he says. 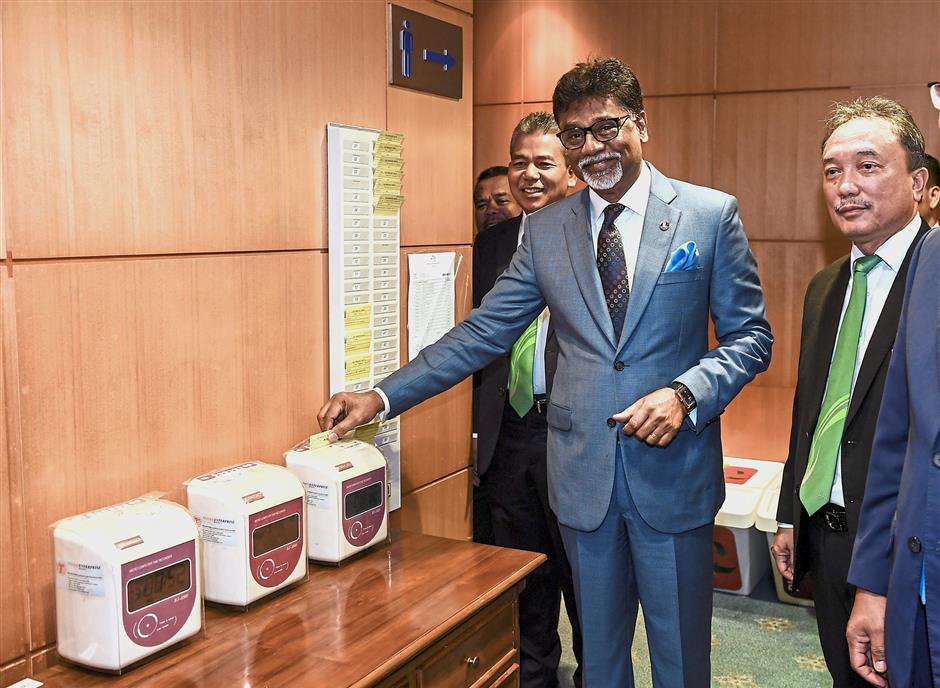 Clocking in: Dr Xavier never expected to become a minister but he is embracing his duties at the Water, Land and Natural Resources Ministry with dedication.

Dr Xavier cites Selangor as an example, where he claims Air Selangor has not been spending money for capital expenditure (capex) to improve the supply or quality of water.

“That’s all tied up with dollars and cents and also the political game between Barisan Nasional and the state. In these differences of political ideology, the people will suffer because there is no willingness to find an amicable solution. That is why we were stalled all the while (from ending the water crisis),” he says.

Everyone wants to get into the water business as it is a cash cow and nobody can fail in this industry, he says, but now, the Government has finally gotten everybody to come to an understanding and sign a deal to consolidate the water industry into one.

“We are using federal funds to buy assets back from the private agencies that run the water industry in all the states,” he says.

He explains Pengurusan Aset Air Bhd (PAAB) will buy these assets with the states before setting up their own water companies under state GLCs.

“We will lease it back to the state, so that the state has control over water. The tariff hike and type of water, the quality of water and the industry itself can be regulated from the ministry down to the state level,” he says.

Through a payment of RM2.55bil, PAAB will pay Syarikat Pengeluar Air Selangor Sdn Bhd (Splash) RM1.9bil with the remainder to be paid by Air Selangor.

Dr Xavier says that with the purchase of Splash’s assets, Air Selangor can consolidate the company and improve their services.

“You can produce bankable assets to get more loans, so you get more money. So with this capex, Air Selangor can then go in and spend money on the infrastructure that needs to be upgraded because they have not been for the past 20-25 years,” he notes, adding that this will also help reduce non-revenue water.

Dr Xavier predicts that the water restructuring exercise might result in an increase of water tariffs but it will guarantee an uninterrupted flow in the taps.

“Water is an essential item. We are promising you that you will have no interference in your water supply. There won’t be jerks in the water flow because the reserves are low. And you don’t have to worry.

“We are telling the industry fellows that we are giving them water supply all the time. They can improve and upgrade the industry according to the needs of the people and other users because we are prepared to give them the volume of water they need,” he says.

He says water tariffs have not been increased for the past 20-25 years but that they have had to pay for the cost at current rates – for everything from chemicals to salaries.

He adds they will also be upgrading the billing system and computerising their systems.

“So how can we have water tariffs that are 20 years behind and not the present value and not pay for it? There has to be a balance,” he says.

But will the people be able to accept this, especially since Pakatan Harapan promised to lower the cost of living?

“There must be a compromise as we are developing into a more developed nation. Along with that development, people have to realise that the cost of items such as water and electricity will be going up. But it will be in small amounts, to keep it stable and constant,” he says.

The twist and turns of politics