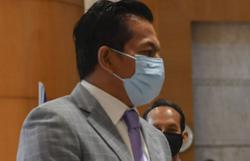 MALAYSIANS numbering 64,632 have been declared bankrupt in the last five years, the House was told.

Minister in the Prime Minister’s Department Datuk Liew Vui Keong said in a written reply that the highest bankruptcy cases among the individuals, aged between 18 and 44, were recorded in 2014 with a total of 13,098 people, followed by 13,036 in 2013 based on statistics from the Insolvency Department.

The figure stood at 11,106 last year, and 4,240 up till April this year, he said in response to Mohd Shahar Abdullah (BN-Abdullah), who asked the Government to reveal the latest bankruptcy statistics among Malaysians.

Liew said the Government was concerned with the situation, which could be attributed to weak financial planning and insufficient financial management knowledge.

“The government, via the Insolvency Department, is committed to carrying out awareness programmes regarding bankruptcy to the people and its outreach programme with other goverment ministries, agencies and bodies,” he said, adding that the Credit Coun­selling and Debt Management Agency would also carry out its own initiatives on financial literacy to reduce the number of bankruptcy cases. 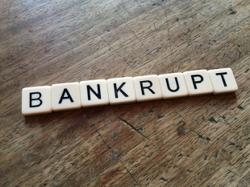