Terrapins back in the swim, thanks to Chen

To shell and back: Dr Chen﻿ observing turtle specimens at the Turtle Conservation Society centre mini museum in Kemaman.

KEMAMAN: As the world steps up efforts to save the majestic sea turtles from extinction, a passionate turtle lover is dedicating her time to conserving its lesser known cousin, the river terrapin.

Dr Chen Pelf Nyok has been working to document and conserve river terrapins, locally known as tuntung, since she started working on her Master’s degree in 2005.

“I’ve always had an affinity for turtles and I remember bringing kangkung (water spinach) to feed the turtles whenever I followed my mother to the temples at a young age,” she said in an interview at the Turtle Conservation Society River Terrapin Conservation Centre here.

Little did she know that her love for turtles would lead her to rally a community, many of whom are former poachers, to help in her cause.

Her conservation work took her to Kampung Pasir Gajah, Kemaman, around 2011 where she was researching tuntung populations there.

She managed to get the buy-in from the village head, as well as a small group of villagers to help in her conservation work.

Now, that group, also known as the tuntung Gang, are very protective of the river terrapins and their eggs.

From February to March every year, the group would go down to the Kemaman river in search of Tuntung eggs to be brought back to the centre, situated at the village community hall, for incubation.

But Dr Chen said certain quarters would try to get in touch with them, requesting to buy terrapin eggs for consumption.

“Of course, they would firmly say ‘No’, regardless of the offer price,” she said.

Other than consumption, she said tuntung populations were also threatened by sand mining activities, as well as traditional fishing methods, such as tauk, in which they would get caught on hooks and be suspended from the water. 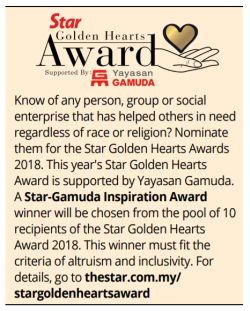 The benefit of Dr Chen’s work has also spilled over to the local community, so much so that the village is now well-known for its tuntung conservation efforts, including one faithful helper, who has earned himself the nickname “Wazir Tuntung”.

Dr Chen said they used to incubate the eggs at her house before they were relocated to the community hall, which also houses a mini museum dedicated to educating the public about the reptiles.

As her conservation work gained momentum and more people came to visit the centre, Dr Chen roped in Wazir’s daughter to prepare food for visitors.

“Many praised her cooking skills and she eventually built up enough confidence to open her own food stall,” she said.

But she believes that her work is far from over as the tuntung population has yet to increase.

She said river terrapins only come to nest once they reach 20 years.

Unlike their sea turtle cousins that can lay up to 100 eggs in 12 days, terrapins can only lay about 43 eggs a year.

“We still have a long way to go in repopulating rivers with terrapins to ensure their survival and sustainability in the long term,” she said.