Anwar: I don’t use crude language

“I don’t use crude language. I’m fierce, but barua (lackey) is not my language.

“Don’t be cheated by slander,” he told reporters after a ceramah, held for the Sungai Kandis by-election.

Asked if Umno could be behind the clips, the PKR leader said he did not know, dismissing it as an act of sabotage ahead of the PKR polls.

“This is very unhealthy; they should fight in the open,” added Anwar, who will contest the president’s post.

He said he had not given any reaction to the announcement by the Prime Minister’s Office of the newly-elected Khazanah Nasional Bhd board, as he was undergoing surgery in Turkey. 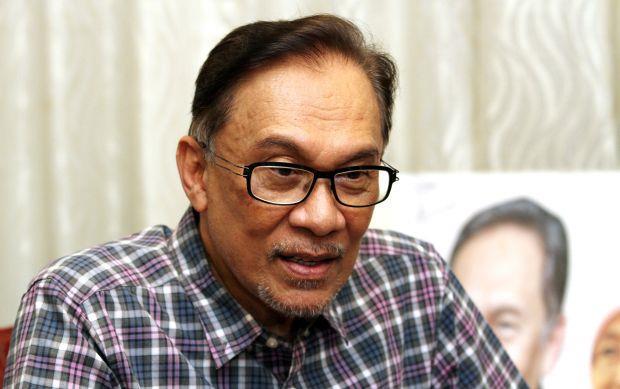 Asked if the audio clips could be a ploy to cause a split in PKR, Anwar said party members “are not gullible”.

The recordings featured the voice of a man, similar to Anwar’s, denouncing Azmin as a barua to Prime Minister Tun Dr Mahathir Mohamad.

The recordings also criticised Dr Mahathir’s decision to appoint himself as Khazanah chairman and also dredged up the 1990s Bank Negara forex scandal.

In another clip, the man is heard saying that he told Rafizi Ramli to take on Azmin for the post of PKR deputy president as the latter was a stooge of Dr Mahathir.

The same denial was also issued by Azmin.

Lembah Pantai MP and PKR communications chief Fahmi Fadzil said there were differences in the way the man spoke compared to Anwar.

“This is intended to create a rift among party members. We are dealing with many things as we approach the party polls,” he said in a statement.