"I want to know Australia's position on this issue," he told reporters at the Parliament lobby on Monday (July 30).

He said the meeting was not specifically to discuss the Sirul issue, but he would bring up the matter.

Bishop will be in Malaysia for a diplomatic visit from Tuesday to Thursday (July 31-Aug 2). 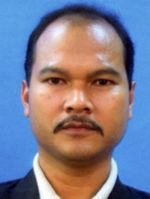 Dr Mahathir had previously said that the death sentence imposed on Sirul might be commuted to allow Australia to extradite the former policeman back to Malaysia.

Together with his colleague Azilah Hadri, Sirul was convicted of Altantuya's murder and sentenced to death in 2009.

The Court of Appeal overturned their death sentences in 2013, but it was reinstated by the Federal Court after the prosecution appealed.

However, Sirul fled to Australia and was detained by immigration officials in Sydney after Interpol issued a Red Notice for him.

He has been held at the Villawood Detention Camp in Sydney since 2015.