FADIAH Nadwa Fikri doesn’t shy away from a fight. In the past decade she has been involved in crusading NGOs like Lawyers for Liberty, Bersih and Suaram. However, even she was unprepared for the controversy generated by an article she penned.

The article, entitled Don’t kiss the hand that slaps you was posted on the Malaysia Muda blog on July 9. It was critical of the interaction between PKR leader Datuk Seri Anwar Ibrahim and the royalty.

Fadiah soon found herself hauled up under that hoary old chestnut that is the Sedition Act. To top it all, when her friends and supporters held a solidarity gathering, she was told she would be called into the station about that too. Surely this isn’t meant to be part of the narrative of the New Malaysia?

“I was really surprised when I got called for investigation under the Sedition Act,” Fadiah tells Sunday Star in an exclusive interview. “When I wrote the article, it was something that I felt really strongly about. After May 9, we have a lot of expectations and a lot of people were trying to give meaning to democracy. When I saw this internal power struggle (within Pakatan Harapan) I felt I needed to say something about the meaning of freedom, change and democracy.”

Asked about the need for the blog, Fadiah says, “My friends and I believe writing is very important to raise consciousness. It’s compulsory for members to write and talk about issues that are difficult to talk about. We would like to encourage a culture of critical thinking, which is lacking in Malaysia at the moment.”

In the aftermath of the election there have been many calls for change – press freedom, the repeal of draconian laws, reform of the judiciary, electoral system and police force among them. Still, shouldn’t the Alor Setar native and her friends go slow when it comes to issues like religion and monarchy? 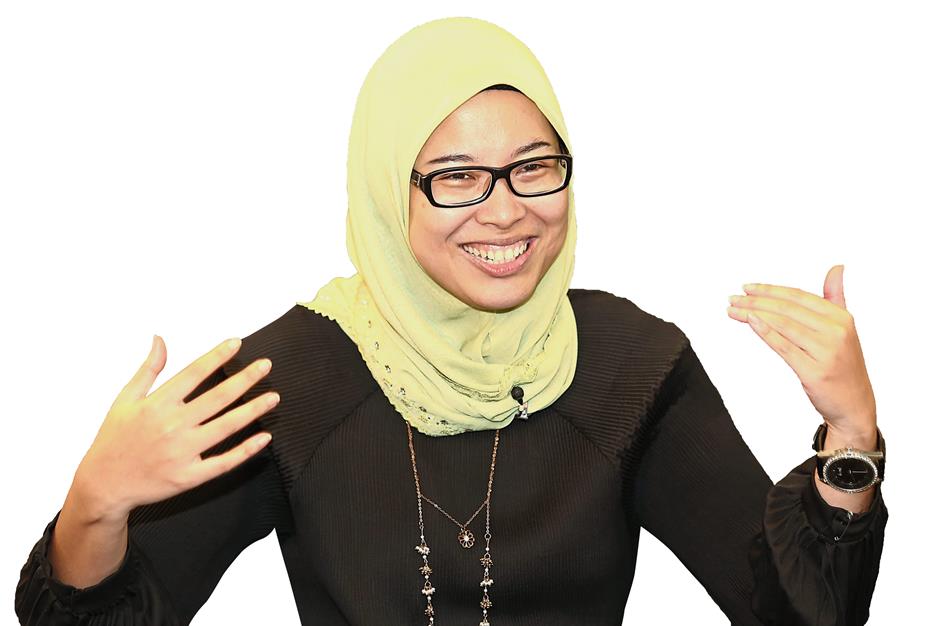 “I don’t believe we should stratify and prioritise these things,” Fadiah argues. “We have many issues, from the case of Indira Gandhi, LGBTIQ issues, orang asli and the marginalised. We have a duty to resist any structures that are stopping us from giving the marginalised segments of society what they deserve.” But isn’t Malaysia’s constitutional monarchy one that largely stays away from political involvement, a far cry from the days of absolute rule?

“I still feel that genuine democracy is about making every one equal. If we have one institution that is above others, I think there will always be a form of subjugation. We have existed under a culture of fear, intimidation and threats for decades. We are so used to living like that. Our culture won’t change just because we changed the government. People are used to using violence and intimidation to protect their position.”

Once the euphoria of the change of government wears off, it’s imperative that independent voices speak up to hold the new administration to its promises, she stresses.

“I am disappointed in the speed of change. I was hoping the space would expand, and we could finally talk about these things. The way the state reacted surprised me.”

Still Fadiah was gratified to receive a lot of messages of support from friends and even strangers thanking her for saying something that many don’t have the courage to.

“We still have draconian laws, we still have right-wing groups that would attack people who speak up. I am relieved that people shared it openly.”

On why she has not taken the easier lucrative route of corporate law, and chosen instead to be an activist, the Oxford and International Islamic University graduate says, “When I was reading law, I had no passion, until I came across jurisprudence (legal philosophy). I was finally excited, and as a chambering student in Alor Setar, I became exposed to refugee rights, and how the poor and migrants are denied legal representation. I was so excited by activism – attending rallies, making speeches, writing letters – that I told my mom, ‘I am going to finish chambering and move to KL to do activism!’

She has seen crowds tear-gassed, and peaceful protestors beaten and bleeding, activists hauled up unjustly, and many denied legal representation. Furthermore, when one speaks out, there will be threats of violence. Isn’t she tempted to give up?

“To say that I don’t have fear is a lie. I think about my family, but I think courage is about making the choice to stand up for what you believe in. A lot of friends reassure me that we are doing the right thing and we have to do it together.

Fadiah was one of the lawyers for Hamza Kashgari, a poet and activist, who fled Saudi Arabia only to be deported by Malaysia in 2012.

“I think his case may have similar parallels in Malaysia. He was inspired by the Egypt Revolution (2011) and was followed by Saudi police for a few months. “When he fled Saudi Arabia to Malaysia, they actually used religion to justify his persecution, and our government was complicit in it. Malaysia deported him even though they knew he might be executed!”

Fadiah herself draws upon authors and poets for inspiration.

“I remember having a lot of thoughts about the world, being heavily affected by the news, the atrocious things that happen in the world.

“I studied people like Malcolm X because he talked about religion as a means of liberating people from oppression. Then there are black feminists like Angela Davis; they give me a lot of strength. When I feel down, I read and it gives me my faith again.”

As such a political person, will Fadiah run for Parliament one day?

“I don’t think so,” she laughs. “I’m very sceptical of power structures. I prefer working with the people on something that will unite us. To tell the people that we can be a political force without politicians.

“People have to have the faith that we can change the future of this country. Politicians compromise a lot and talk a lot about pragmatism, so sometimes, idealism gets lost in the whole discussion.”

We have to understand that power tends to suppress and silence and oppress, no matter who is in power, she adds.

“If we are aware and vigilant, we are going to be OK. The people have to be in charge and aware of their power when they move collectively.”

“There is a right-wing backlash. They are there. They are pretty loud now. And that is why we have to challenge the narrative and challenge what they are doing. It’s going to be a long struggle.”