Tun Dr Mahathir Mohamad has expressed dissatisfaction over the attendance of his Cabinet members and their deputies in Parliament.

However, the Prime Minister said that he would not be imposing any key performance indicators (KPIs) on the matter.

“I am never satisfied with anything but ministers and deputy ministers should improve on their attendance records in the Dewan Rakyat and have proper excuses for not coming for sittings,” he told reporters at the Parliament lobby yesterday.

Asked if he was satisfied with his own performance, Dr Mahathir said he was already “stretching” his time as much as possible. 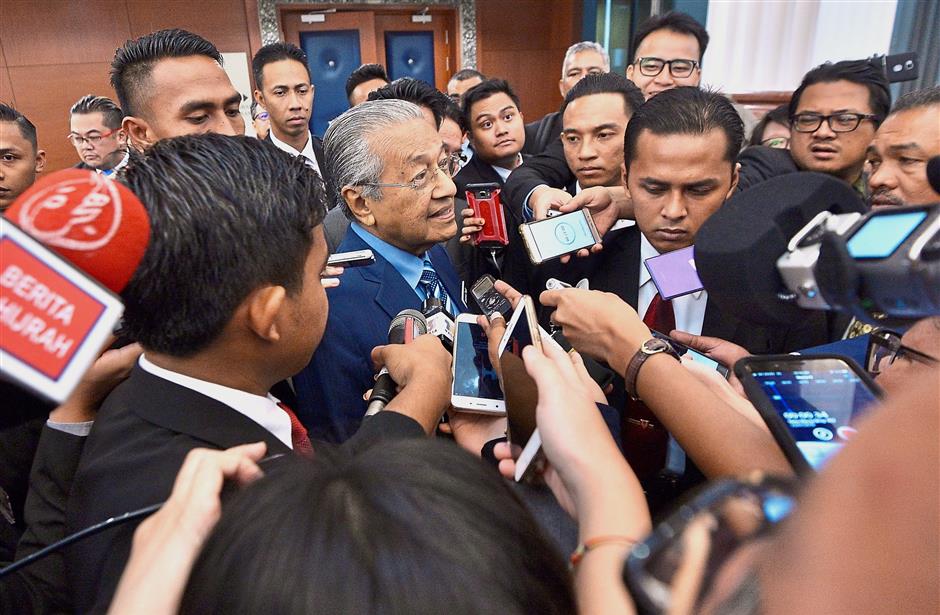 Striving to do better: ?Dr M speaking to the press at the Parliament lobby.

Last week, Khairy Jamaluddin (BN-Rembau) questioned why the Government's front bench was empty during the motion of thanks on the Royal Address.

“Not even a single Cabinet Minister in the Dewan Rakyat to listen to the Opposition leader’s speech,” the Rembau MP tweeted.

Explaining the matter, Dr Mahathir said he understood that the ministers and their deputies had other urgent work to attend to.

“Parliament sits for almost the whole day and for 20 days,” Dr Mahathir pointed out. “If they can work during that time, it’s impractical. We need them to attend to their duties as well.”