GEORGE TOWN: Those who are craving for durians but have no idea where to start hunting for the King of Fruits can now consult a book specially written on the subject.

Interestingly, The Durian Tourist’s Guide to Penang was not written by a Malaysian but by an American, who fell for the fruit when she first discovered its frozen version in 2009.

After tasting a fresh durian in the Philippines the next year, Lindsay Gasik, 29, started her “durian trail” around South-East Asia.

She has visited 13 countries in Asia to track down durians, the farms and the history behind each of the species. 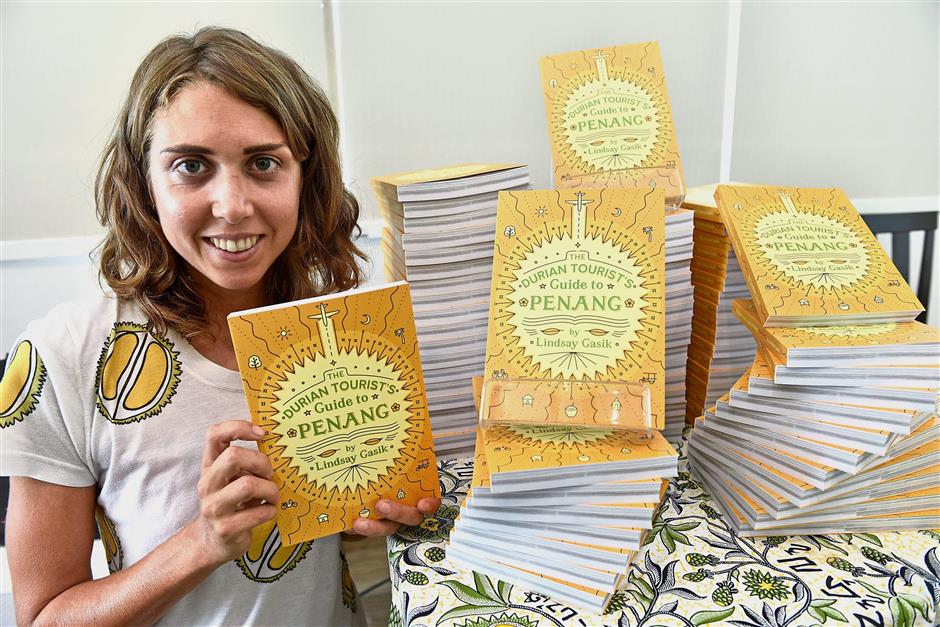 She started writing the book in 2016, focusing on varieties of durians in Penang and their locations after her first book, The Durian Tourist’s Guide to Thailand, was published in 2014 and received overwhelming response.

Gasik said the 327-page book features 65 farms throughout Penang with an identification guide for more than 25 Penang durian varieties.

“The book is attractive with colourful photographs of durians and places in Penang.

“We also have descriptions of the durian farms, farmstays and stalls to visit, besides tips on how to choose good durians and how to avoid bad ones,” Gasik told reporters during the book launch at Karuna Hill in Balik Pulau on Saturday.

During the launch, she also held an interactive durian presentation, where visitors had the opportunity to taste different types of durian besides listening to their characteristics and history.