Attacks on journalists are rising, but are media owners providing enough safety training?

Journalist safety trainer Red Batario said it is a media owner's duty of care to provide safety protection for its journalists. (SEAPA)

MEDAN: In the deforested hills of Gua Musang in Kelantan, two journalists covering the January 2017 orang asli blockade found themselves surrounded and handcuffed by over 20 state forestry officers who demanded that they stop filming.

Jules Rahman Ong and Too Chee Hung were filming a documentary about the protest to stop logging in the area when they were detained and subsequently investigated under the National Forestry Act 1984 for entering a forest reserve without a permit.

"They tried to stop us filming, they shouted at us and tried to take away our equipment. One of them was shouting just an inch from my face," Ong told The Star in a report.

Whether it's physical assault, threats, intimidation or legal prosecution, many journalists in South-East Asia have similar stories of being attacked in the line of duty. 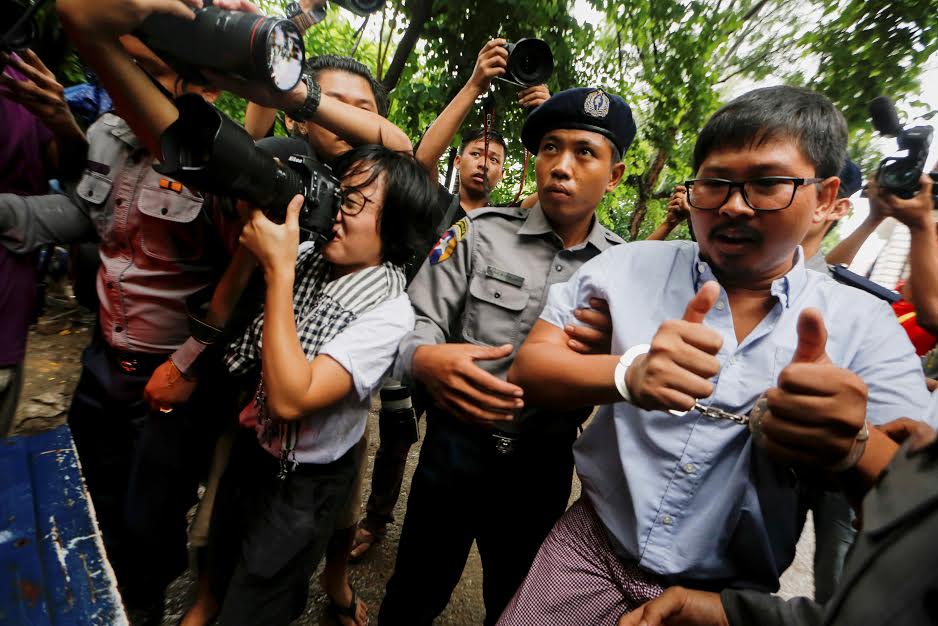 Reuters journalist Wa Lone was detained in December 2017 on accusations of breaking Myanmar's draconian secrecy law during his reporting of the Rohingya crisis. (REUTERS/Ann Wang)

Rising attacks
In recent years, attacks against the media have increased – not only regionally but also in countries that pride themselves on free speech and free press.

On June 28, a gunman stormed into the Capital Gazette newsroom in Maryland, United States and killed five people – in a country where its president Donald Trump increasingly launches attacks against and denigrates the press.

Media reports said that the attacker had continually harassed the publication for years but he was never charged.

"The attack on the Capital Gazette newsroom highlights how the normal course of a journalist's work can draw violence and lead to attacks... Such attacks are not uncommon in Southeast Asia," Ed Legaspi from the South-East Asian Press Alliance (Seapa) said.

In 2017, Seapa recorded 128 incidents of threats to and attacks against media and journalists in the region. These include regulation, censorship, prosecution, intimidation, assault and killing.

There were 13 recorded cases in Malaysia.

According to the Committee to Protect Journalists (CPJ), a total of 115 journalists have been killed in South-East Asia between 1992 and 2018, with Philippines recording 79 deaths.

Despite the rising violence against journalists, media practitioners in the region say their newsrooms are not providing the relevant safety training – physical, digital and legal – needed to protect themselves from the risks that come with the job.

A newsroom's duty
"There is a lack of safety training (for journalists) and there is a need for it," journalist safety trainer Red Batario told The Star.

In fact, he said it should be the media owner's duty of care to provide safety training for journalists.

Batario, a former journalist covering conflict areas in the Philippines, said with the rise of populism and an increase in oppression, attacks against the media institutions and individual journalists are likely to increase.

"Things are changing for the worse. It should be mandatory on the part of the news organisation to provide safety training, gear, and protocols," Batario added.

In his work throughout the region, Batario trains journalists on safety and security planning, basic first aid, detecting surveillance, avoid kidnapping, hostage situations, and such depending on each country's media and political landscape.

He said at the moment, most journalists rely on their basic instincts to respond to attacks but this could put them in harm's way unnecessarily.

"It is also easy for journalists to get carried away by the pressures of chasing an exclusive story, they often end up neglecting their safety," he added. 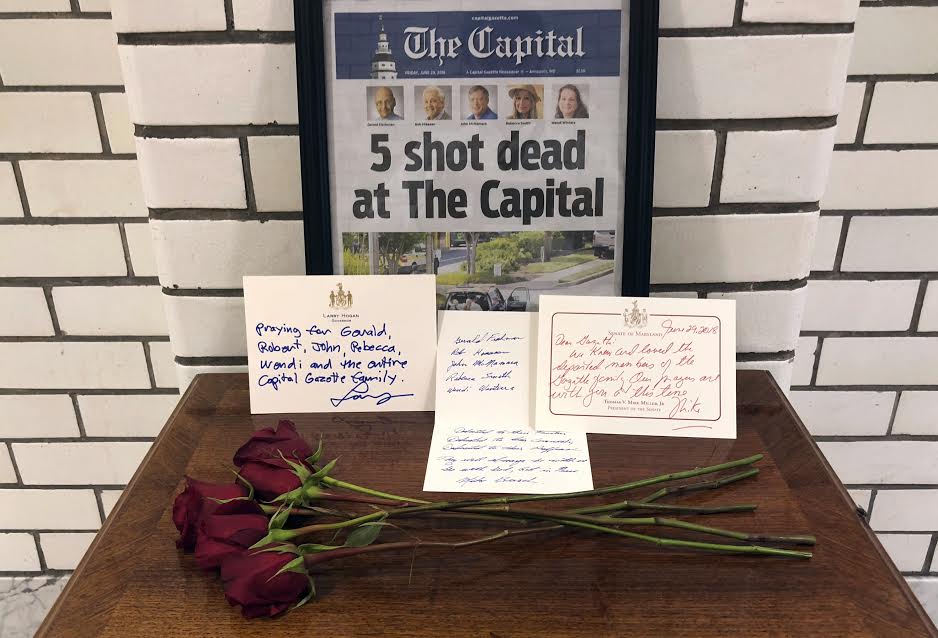 Letters and flowers forming a memorial in honor of the five slain members of The Capital Gazette newspaper who were shot and killed in a newsroom attack. (AP Photo/Brian Witte, File)

Cyberattacks
However, journalist safety should extend beyond physical harm and also to digital security.

Digital attacks on a journalist's smartphone or computer could lead to them unwittingly revealing their sources and implicated them with storing information deemed illegal.

In her cybersecurity courses, digital security trainer Dhyta Caturani teaches on methods to access, receive or send, and publish critical content anonymously, a critical aspect for journalists working in heavily censored countries such as Myanmar and Vietnam.

In March 2017, Kuala Lumpur-based reporter Liyana (not her real name) was shocked to read online articles accusing her of having a sexual relationship with a politician.

Photos were taken from her private social media account and doctored to show her standing next to the politician.

Liyana said she tried lodging a police report, but it backfired.

"My phone was confiscated, police officers in plain clothes harassed me at home demanding for my mobile phone and some articles about the lies remained on the Internet," she said of the traumatising incident.

The Malaysian landscape
In Malaysia, hostility towards journalism is seen in the many laws and policies that targets critical reporting, often resulting in lawsuits and jail terms. This includes the Anti-Fake News Act 2017, Sedition Act 1948, the Printing Press and Publications Act 1984, and more.

Yet, most reporters sent to the field are not trained to respond to these risks. Most media organisations in Malaysia may provide media law training to avoid expensive lawsuits, but physical and cybersecurity training are rare.

Throughout her six-year career, Liyana has not attended any safety training and is unsure whether it would be useful.

However, she agreed that media organisations can do more to protect their employees, such as by equipping them with safety gear like vests and headgear for potentially dangerous assignments.

"We've seen incidents where reporters and photographers were beaten up, so bad that they had to be sent to hospitals," she said.

"Although we as media practitioners know what we're getting into when we jumped into this career, employers should not neglect our safety and [say] 'just take care of yourselves out there and sorry we couldn't do much'," Liyana added.