Base economic policies on need, not race, Gerakan tells Govt 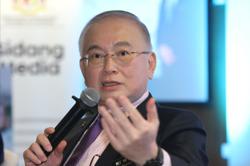 PETALING JAYA: Economic policies should be needs-based instead of race-based, says Gerakan.

“I agree with the continuation of affirmative action because there are Malaysians who need help to uplift their lives.

“The Government should help them because they truly need and deserve help, especially those who belong to the lower and disadvantaged group,” he said in a statement.

Ang said Pakatan was supposed to deliver hope and the aspirations of Malaysians who wanted a change and build a fairer society.

“As DAP and PKR leaders have been very outspoken against race-based policies before the polls, so I hope they have not lost their courage to speak up since they are a part of the new Government,” he said.

Meanwhile, Parent Action Group for Education Malaysia said scholarship opportunities should be offered to all needy and high-achieving students.

“Scholarships need not be given based on racial lines as there are non-Malays who are in need too.

“Affirmative policies are good to help correct extreme economic imbalances for the peaceful coexistence of future generations, but policies have to be clear and transparent,” said its chairman Datin Noor Azimah Abdul Rahim when contacted.

National Union of the Teaching Profession president Kamarozaman Abd Razak agreed, saying scholarships should be made available for any student wanting to pursue higher education.

Wee: I can help save costs