Denison: Non-Malay Pakatan MPs should be wary of rising religious sentiments, points to rise of PAS and BJP

KUALA LUMPUR: The non-Malay Pakatan Harapan (PH) Members of Parliament (MPs) should actively engage with the Malays to change the negative perception on them, suggested an academician.

Universiti Kebangsaan Malaysia's research fellow Prof Datuk Dr Denison Jayasooria (pic) said even though many said the election result was caused by the "Malay tsunami", there were still perceptions of some PH MPs being "anti-Islam" and "anti-Malay".

"Now they must aggressively go to Malay communities especially in rural areas like Felda and engage with the people.

“Many young non-Malay PH MPs can speak in very good bahasa (Bahasa Melaysia). They can go to the ground to engage with Malay voters and change the negative perception,” he said on the sidelines of GE14: An Analysis Seminar at International Islamic University Malaysia, here today (June 28).

Furthermore, he said, the GE14 results also showed that PAS may create another major political change in the next 10 years.

He said the Islamic party secured Kelantan and Terengganu and almost won Kedah, showing that the people wanted to see stronger Islamic and Shariah compliance in Malaysia in the future.

“Don't dismiss the Islamic aspirations of the people. For example in India when the BJP (Bharatiya Janata Party) emerged because people feel something is wrong in the country (and embraced the BJP's Hindu-based platform).

Dr Denison holds a PhD in Sociology from Oxford Brookes University, UK. Currently, he is the principal research fellow at the Institute of Ethnic Studies (KITA), UKM and secretary-general of Proham (Society for the Promotion of Human Rights). 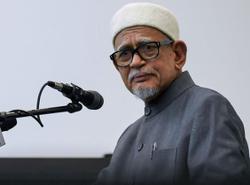 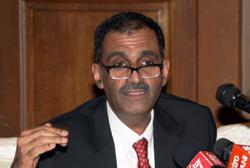