A former Goldman Sachs Group Inc. banker is fighting extradition to the U.S., where he would face charges of money laundering and bribery related to scandal-plagued Malaysian state investment company 1MDB.

KUALA LUMPUR: KPMG Malaysia's appointment as auditors was terminated during the audit of the 1Malaysia Development Bhd (1MDB) financial statements for the year ended March 31, 2013.

The firm said it did not have access to information related to 1MDB subsequent to that date.

The firm's services were terminated on Dec 31 that year.

KPMG Malaysia were the statutory auditors of 1MDB and issued audit reports on its financial statements for the years ended March 31, 2010, to March 31, 2012.

"The Auditor-General had carried out a review and audit of issues associated with 1MDB and prepared a report of its findings.

"This report was classified as secret under the Official Secrets Act 1972, and was recently declassified on May 15, 2018," the firm said in a statement Tuesday (June 26).

KPMG Malaysia added that having considered the contents of the report and other relevant information, it wrote to 1MDB on June 8 to inform the company that it should immediately take all necessary steps to prevent any further or future reliance on the audit reports prepared by KPMG for the financial years ended March 31, 2010, to March 31, 2012.

Earlier Tuesday (June 26), the 1MDB board of directors said in a statement that its financial statements for the financial years ending March 2010, 2011 and 2012 audited by KPMG do not provide a true and fair assessment of the company.

It added that KPMG believed that the information "would have materially impacted the financial statements and the relevant Audit Reports" had the withheld documents been disclosed to them during the auditing process. 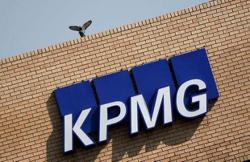