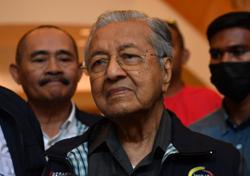 PETALING JAYA: The Pakatan Harapan Government is considering whether to launch fresh investigations into the Maika Holdings scandal, which saw more than RM100mil cheated from the Malaysian Indian community, said M. Kulasegaran.

The Human Resources Minister said Tun Dr Mahathir Mohamad had admitted that there has been an oversight over that matter during his previous tenure as prime minister.

"He has said that he left it entirely to (former MIC president) Tun S. Samy Vellu, and he didn't want to dwell on that matter.

"Now he realises that there was oversight at the time. We will see what we can do to dig up these (past) wrongs," he was quoted as saying by MalaysiaKini during an interview.

Kulasegaran also denied that the Prime Minister was involved in the Maika Holdings scandal.

"Yes, he gave some of the funding, but he didn't ask (MIC) to cheat ... He gave the money meant for the Indian community and that was (allegedly) siphoned out," he was quoted as saying.

Maika Holdings, was an investment company formed by MIC in 1982, to enable Malaysian Indians to participate in the country’s economic growth.

It was reported that RM106mil was raised from about 66,000 shareholders, a majority of them consisted of Indian estate workers who had pawned off their valuables and life savings to invest.

However, the investment failed to provide positive returns.