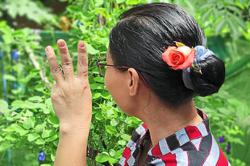 Siti Kassim (third from left) at the Kajang magistrate

KAJANG: Activist lawyer Siti Kassim has been brought to the Kajang magistrate’s court for remand proceedings on Sunday (June 24) morning.

Clad in the orange lock-up clothing, Siti was handcuffed and escorted by five policemen.

A group of lawyers are currently at the courthouse.

Also present in solidarity with her are activist and lawyer Datuk Ambiga Sreenevasan and Petaling Jaya MP Maria Chin Abdullah.

She was arrested on Saturday (June 23) night when helping a woman escape from her mother.

Earlier, Selangor CID chief Senior Asst Comm had said that police acted on both women based on a report by the woman’s mother.

"This follows a report made by the victim's mother on June 21 that stated that her daughter had been taken away by Siti when she had been undergoing a psychiatrist's exam at the Kajang hospital," SAC Fadzil said.

Siti was arrested after police barged into her house and detained the woman, who is her client.

Her arrest was made under Section 186 of the Penal Code for obstructing a public servant in the discharge of his duties.

According to a Facebook post by Siti, her client is an adult who had tried to leave her mother.

Her mother had lodged a police report claiming that her daughter was mentally unstable and that her aqidah (faith) was in question.

Siti had claimed that the client was then “abducted” by police and the Selangor Islamic Religious Department (JAIS).

The client is said to have moved out of her parents' house to escape her "controlling" mother who allegedly strangled her.

She was questioned by JAIS before being taken to Hospital Kajang for a mental health assessment and was released thereafter.

She has been staying with Siti since she was released. 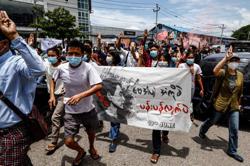