PETALING JAYA: Nik Faisal Ariff Kamil (pic), a key figure linked to the case the Govern­ment is building against former prime minister Datuk Seri Najib Tun Razak, has been travelling in and out of Indo­nesia over the past three years, said sour­ces.

This was despite the Malay­sian Anti-Cor­rup­tion Commis­sion (MACC) putting him on the list of persons wanted in relation to the investigations into 1Malaysia Deve­lop­ment Bhd (1MDB) and SRC In­­ternational Sdn Bhd since July 2015.

“He has been based in Indonesia since the 1MDB and SRC scandal broke out. However, he has been moving in and out of the country and has been in contact with persons close to him,” said a source.

The former managing director of SRC, which was once a subsidiary of 1MDB, has family ties in Indonesia through his Indone­sian wife whom he married three years ago.

The 47-year-old leads a lavish lifestyle and his change in spending habits even shocked his close friends, sources said.

“Many of his friends suddenly saw a big change in his living style and had no idea how he accumulated his wealth,” said an acquaintance of Nik Faisal.

He is known to be a football fan and even went to Brazil in 2014 to watch the World Cup for a whole month – sometimes shuttling to New York in between matches.

The MACC put out a notice for Nik Faisal in July 2015 when it first started a probe into the affairs of 1MDB and SRC, a company set up to look into resource-based investments.

SRC issued government-guaranteed debt papers to the tune of US$1bil (RM4.3bil then) and Kum­pulan Wang Amanah Pencen took up the papers.

However so far, there are no significant assets backing its investments.

SRC, which is now under the Finance Ministry after falling into financial woes in 2012, allegedly transferred RM42mil into the personal bank account of Najib.

The MACC is believed to have a strong case implicating key people linked to the scandal, inclu­ding Najib, following its investigations into the financial transactions of SRC.

In 2015, MACC, under the first task force, recorded Nik Faisal’s statement in Indonesia, followed by SRC director Datuk Suboh Md Yassin, who was also there.

However, the task force could not progress with filing charges as it was disbanded by the previous government.

It was recently reported that Suboh is believed to have surrendered to the MACC and given full witness protection.

A local English daily reported last week that MACC could conclude its investigations into SRC if it could get hold of Nik Faisal, even without Jho Low – the alleged mastermind of the 1MDB saga.

Quoting sources, the report said that Nik Faisal was a very important person to the case and would most likely be the star witness.

But his whereabouts is now not known.

He is among those linked to the 1MDB scandal that have been barred from leaving the country.

“However, the travel ban is ineffective as Nik Faisal is already out of the country. But he still maintains an office in Kuala Lumpur with a few staff,” said a source. 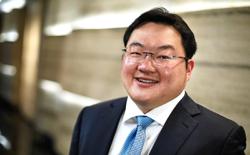