Its deputy secretary-gene­ral Da­­tuk Mohd Salehhuddin Has­san said negotiations with the Chi­nese go­­vernment on Musang King export to the country was positive.

“We have met their enquiries in terms of fruit safety and security.

“We hope to obtain approval next year but it depends on the negotiations,” he told Bernama during a Du­­rian Fiesta at the Malaysian embassy here.

The event was held in conjunction with the acquiring of export approval for fresh Malaysian Mu­­sang King into the Thai market.

According to Salehhuddin, the Musang King could not be exported currently to China in fresh whole fruit but was allowed to be exported in pulp, frozen and chilled form.

The demand for Musang King is extremely high in China which caused the Malaysian king of fruit to cost more than RM300 per kilo there.

“After several major promotions in China, the residents there now know the real taste of Musang King and they are actually waiting for the fruit to enter their market,” said Salehhuddin.

Durian aficionados in China are willing to spend on savouring Mu­­sang King from Malaysia.

The high demand in China has also resulted in unscrupulous fruit traders there to label Thai durians as Musang King.

Salehuddin said the Chinese market was important to ensure the increasing number of durian producers in Malaysia have a market for their fruits.

At the moment, private entrepreneurs are investing in hundreds of acres of Musang King durian trees. 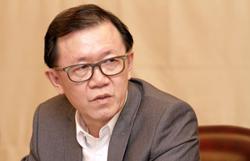 China the only bright spot in Malaysia’s exports