He was 45, and leaves behind a wife and four children, as well as one son from a previous marriage. (Updated)

According to a family friend, Nazrin had complained of a migraine this afternoon and went to bed after taking some medication.

The bed caught fire, and Nazrin is believed to have died of smoke inhalation.

The incident happened around 12.30 pm at Nazrin’s double-storey semi-detached house in Mutiara Damansara.

The cause of the fire has yet to be determined.

"The cause of death is smoke inhalation and the body being burnt," he said when contacted on Thursday.

Cradle is a Ministry of Finance company that looks into developing entrepreneurs and the Malaysian start-up ecosystem. It was the agency that gave early funding to companies like ride-hailing pioneer Grab (previously MyTeksi) and fintech startup iMoney. 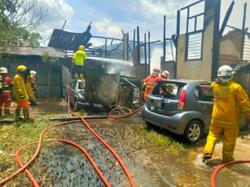 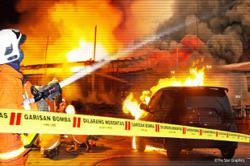