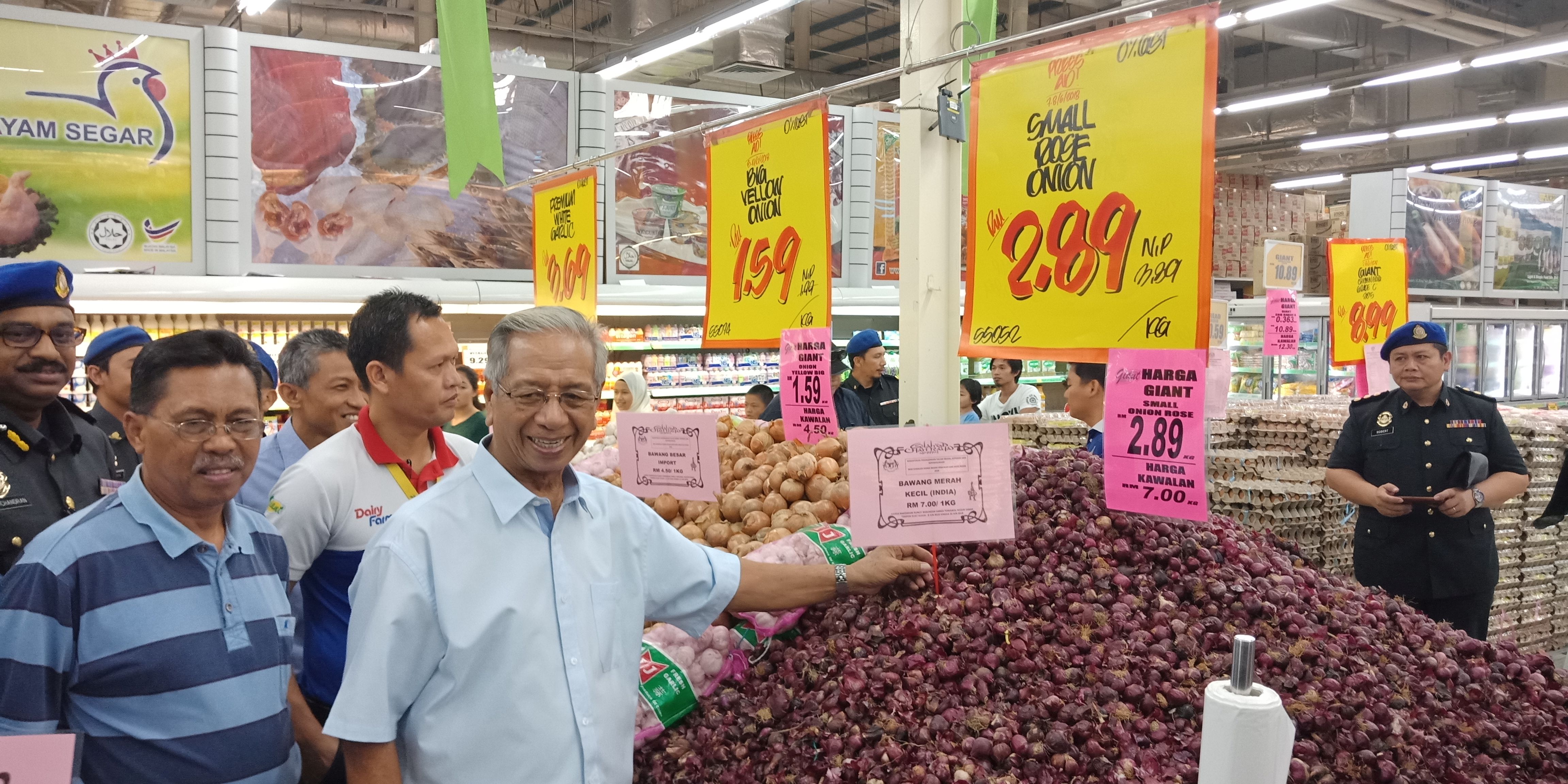 KOTA KINABALU: There is no need to “panic buy” as there are adequate supplies of price-controlled items for Hari Raya in Sabah, said state Domestic Trade, Cooperatives and Consumerism Ministry director Yahya Sulaiman.

“We haven’t received any complaints about shortage of supplies so far,” he said, adding that there is adequate supply of items such as sugar, cooking oil and flour.

Sabah KPDNKK has set the ceiling prices for 19 items under the Hari Raya price control scheme, which is in effect until June 22.

Sabah Law and Native Affairs Assistant Minister Uda Sulai said traders should put a pink price tag on these products to differentiate them from other goods.

ALOR SETAR: Two men were arrested for trying to smuggle in various types of counterfeit weapons and accessories at Bukit Kayu Hitam.

Kubang Pasu police chief Supt Mohd Ismail Ibrahim said yesterday the suspects, aged 29 and 25, were arrested by the Border Control Agency at 11.30pm on Saturday during a roadblock.

“The two were in a Ford Ranger, and several (fake) firearms and other items were found in the rear seat.

“The 29-year-old suspect said he had bought the fake arms in Danok, Thailand, for RM100 per weapon for his personal use,” said Mohd Ismail.

ALOR SETAR: The Kedah Zakat Board (LZNK) recently detected the collection of ‘zakat fitrah’ by unauthorised tithe collectors who used their own printed receipts issued either by a surau, school or a political party.

LZNK chief executive officer Syeikh Zakaria Othman said the activity was detected at a surau in Sungai Petani while three other complaints involved a political party and two religious schools in Pendang and Baling.

“The act by the unauthorised tithe collectors has led to misappropriation and unfair distribution of tithes as the deserving recipients are not given their allocation,” he said. — Bernama

“We want to attract investors, especially now as we are moving towards high tech investors.”

“Having good water resources will increase the confidence of investors towards Johor,” he said during a visit to the Seluyut Dam and Sungai Johor Barrage here yesterday.

The dam, he said, could channel 260 million litres per day. For that yummy flavour

A woman choosing ‘serai’ (lemongrass) which is sold at RM7.50 per kg in Johor Baru. Many people are buying items for cooking meals in conjunction with Hari Raya Aidilfitri celebration. — Bernama