PETALING JAYA: A project to buy 20,000 copies of the book “Najib Razak, Di Sebalik Nama (Behind The Name)” (pic) worth about RM400,000 is believed to be under a corruption investigation involving a director of Permodalan Usahawan Nasional Berhad (PUNB).

Sources said so far, three key witnesses have had their statements recorded by the Malaysian Anti-Corruption Commission (MACC) and more witnesses will be called in to assist the graft probe.

It is learnt the MACC has started an investigation against the board member over alleged abuse of power.

“Witnesses to be called in very soon are those with knowledge or have some links on the publication of a book project.

“We believe the board member has misused his position to appoint a publishing company belonging to a crony,” said a souce.

Alias said his officers will need to scrutinise the statements from witnesses and seized documents during their visit to PUNB last week.

“Investigations are being carried out under Section 23 of the MACC Act 2009,” he said.

According to reports, it was alleged that the project involved the purchase of 20,000 copies of the book “Najib Razak, Di Sebalik Nama”, worth about RM400,000, at the end of last year.

A team of MACC officers were said to have visited Human Resources and Finance divisions of the PUNB office in Jalan Stesen Sentral 5 in Kuala Lumpur to carry out an investigation. 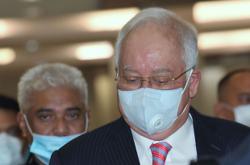 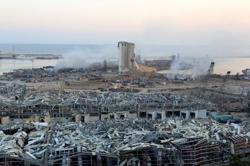 Initial investigations point to negligence as cause of Beirut blast, source says