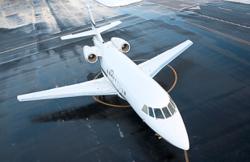 In this file photo taken on March 26, 2016 Swiss Islamologist Tariq Ramadan takes part in a conference on the theme "Live together" in Bordeaux. A French court on May 22, 2018 will hear the appeal by Islamic scholar Tariq Ramadan, who is being held over rape allegations by three women. / AFP PHOTO.

The call, made by the International Movement for a Just World (JUST) and the Islamic Renaissance Front (IRF), pointed out that Tariq has been detained for more than 120 days in solitary confinement, without a single charge having been laid.

“We are concerned that formal charges have not been brought against him. He has not been on trial and yet, he is already being put on trial by the media in France and other places.

“We are also concerned because ever since Tariq’s incarceration, his health has deteriorated. He is suffering from multiple sclerosis and his condition has became much worse as due to the detention,” Dr Chandra told reporters after meeting Frederich at the French Embassy on Monday.

Dr Farouk, who was also present, said that Tariq’s current medical condition is worrying as he is also suffering from urinary incontinence.

“His memory is fading as well. So basically, this is what we call a psychosomatic disorder. Once a person is placed in solitary confinement, of course their health condition will deteriorate.” He said.

JUST and IRF have launched the “Free Tariq Ramadan Asia Campaign”, part of a worldwide initiative to free Tariq, who has been detained since January.

Tariq was detained by French authorities over allegations that he had raped three women.

Dr Chandra said if the French authorities couldn’t expedite Tariq’s trial, then they should consider placing the Islamic scholar under house arrest or to allow access to proper medical treatment.

At present, Tariq has no access to proper medical care, he said.

“We mentioned all of this to the Ambassador and he made clear that he would convey this message to the French government,” said Dr Chandra.

“France, which is supposed to champion human rights and democracy, should ensure that Tariq receives a fair trial as soon as possible … Make sure that justice is done to the man,” he added.

Tariq is one of Europe’s best known Muslim scholars. The professor at Oxford University is the grandson of Hassan al-Banna, the founder of Egypt’s Muslim Brotherhood movement, and has often criticised the literalist approach to Islam.

He was detained by a French court over charges that he raped three women.

He denies the charges and claimed they were part of a smear campaign by his enemies.

He vowed to sue for slander two women whose rape accusations prompted the preliminary judicial inquiry.

Tariq has visited Malaysia on several lecture tours, criticising local politicians who called for the implementation of hudud punishments. 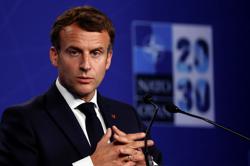 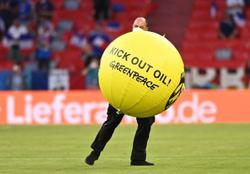