Although the Government allocated RM30mil for the rights to air the matches on RTM, he said they had secured sponsorships totalling the same amount.

“The Government has managed to obtain enough private sponsorship to cover the cost of broadcasting the World Cup live on RTM.

“These sponsors in return will get airtime to show their advertisements during the live telecast of the World Cup,” he told reporters yesterday.

Lim said the Government was mindful of criticisms that it was “spending” RM30mil on the rights to air the matches amidst the setting up of Tabung Harapan Malaysia to deal with the country’s debts.

“We have explained it earlier, but maybe it was not clear: we have enough sponsors to cover the RM30mil.”

“This means the Federal Government will not be spending a single sen on the live telecast on RTM,” he said.

Lim said viewers would be able to save at least RM100 on subscription to watch the matches on pay TV.

Earlier during the press conference, Lim announced that the Tabung Harapan fund now stood at RM30mil after receiving RM3mil in donations from three separate donors here.

“As of 9.30am (yesterday), the fund stood at RM27mil. With this RM3mil now, it will be RM30mil, although this amount will only be included tomorrow (today),” he said.

The Treasury website will update the amount received by the fund at 3pm each day except on public holidays.

Penang Chief Minister Chow Kon Yeow said that RM1mil each was donated by Ewein Bhd and Magni-Tech Industries Bhd, while Tan Sri Tan Kok Ping, who is the executive chairman of Magni-Tech, made a personal contribution of another RM1mil. 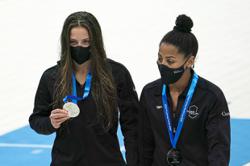