PETALING JAYA: Former prime minister Datuk Seri Najib Tun Razak, who has been caught in the middle of the 1Malaysia Development Bhd (1MDB) scandal, has armed himself with a team of top American lawyers.

The FARA requires agents represen­ting the interests of foreign powers to disclose their relationship with the foreign government and information about related activities and finances.

In a search by The Star, Najib’s name appeared on the FARA register as a “foreign principal”, with Ashcroft Law Firm named as the “registrant” in two exhibits dated March 28 and 29 this year.

According to the document, the firm was hired to provide legal advice and counsel to Najib regarding “improper actions by third parties to attempt to destabilise the government of Malaysia”.

Also in the document, it disclosed that the services provided by Ashcroft Law Firm was being financed by a “foreign government, foreign political party, or other foreign prin­cipal”.

It is unsure whether Najib will retain the services of Ashcroft on the issue over the United States Department of Justice’s (DoJ) probe into 1MDB.

Wall Street Journal reported last year that Najib had hired the law firm to advise him on the 1MDB case back in 2016.

The Ashcroft Law Firm also represents the government of Qatar to rebut accusations from US President Donald Trump and its Arab neighbours that it supports terrorism.

Boies previously represented the US go­­vern­ment in its anti-trust case against Microsoft.

He is also the defence of movie producer Harvey Weinstein against sexual abuse allegations.

Schwartz was named Prosecu­tor of the Year by the Federal Law Enforcement Foundation, and now has a private practice.

He has handled several high-profile cases including the investigation of ponzi king Ber­nie Madoff.

The Malaysian Insight claims that all of Najib’s lawyers are expected to meet Najib in Kuala Lumpur very “soon”.

The DoJ launched a criminal probe and filed civil lawsuits seeking to recover about US$1.7bil (RM6.8bil) in assets said to have been bought with stolen 1MDB funds.

This followed complaints alleging that more than US$4.5bil (RM18bil) was diverted from 1MDB and laundered through a web of shell companies and bank accounts located in the US and elsewhere.

The “Malaysian Official 1” (MO1) named in the DoJ civil suit, referring to Najib, alleged that he had received at least US$681mil (RM2.7bil) of 1MDB money, though he re­­turn­ed most of it.

Since he was ousted as prime minister after Barisan Nasional lost in the 14th General Elec­tion, investigations into Najib’s involvement in the 1MDB scandal has begun in Malaysia.

The Malaysian Anti-Corruption Commission (MACC) has reopened its investigation into former 1MDB subsidiary SRC International, with the anti-graft agency wrapping up their questioning of Najib on May 24.

The DoJ also announced that it would be cooperating with Malaysia in scrutinising all of the 1MDB transactions. 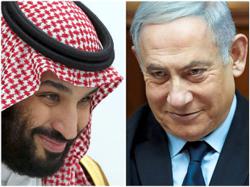 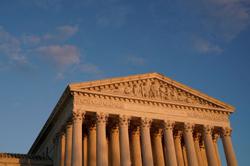