PETALING JAYA: Former AirAsia X CEO Azran Osman Rani (pic) was rushed to the hospital after he was hit by a car while riding a bicycle along Jalan Duta.

Azran, 47, who is now the chief executive officer of a coaching and counselling firm called Naluri Hidup Sdn Bhd, was knocked down by a car driven by a 20-year-old student at about 8.55am yesterday.

He suffered injuries to his head and left hand. 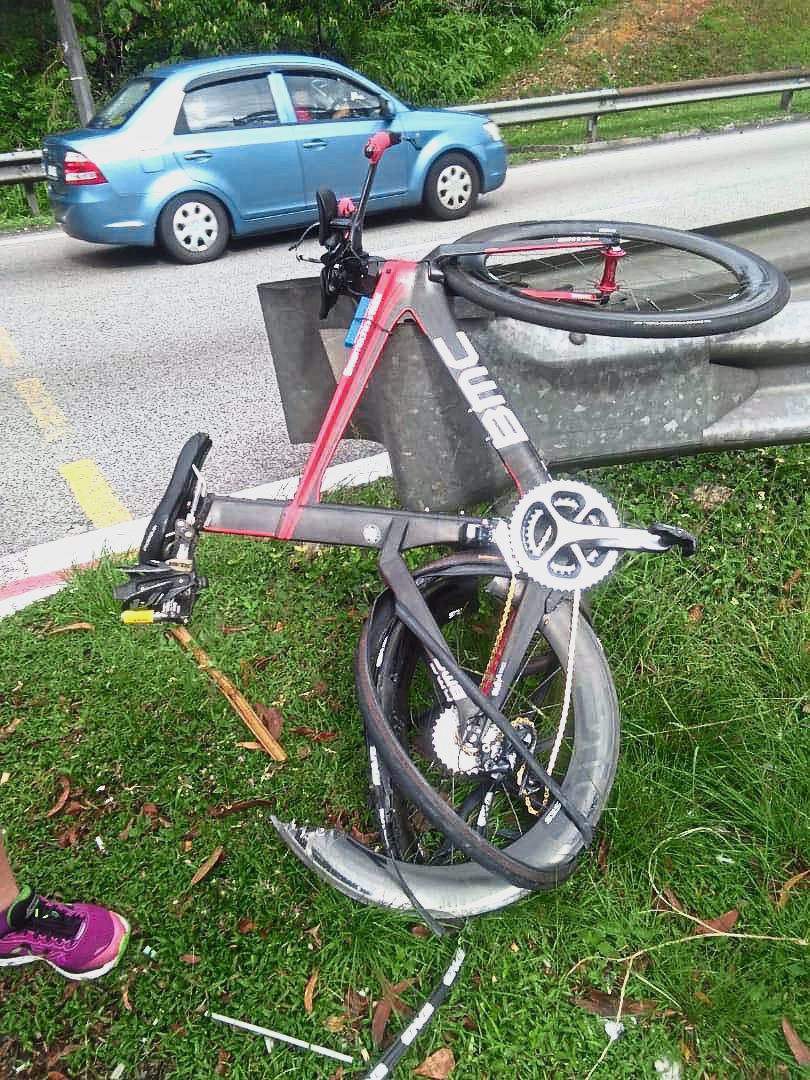 Azran’s bicycle after the accident.

The driver was making a left turn at an exit but did not notice Azran, he said.

ASP Zulkefly said the case is being investigated under Section 43(1) of the Road Transport Act for careless and inconsiderate driving.

Azran is also the former CEO of iflix Malaysia.