Xavier Justo: I will testify in any 1MDB-related trial

By Joseph Loh and Michelle Tam

EXCLUSIVE KUALA LUMPUR: Xavier Justo (pic), the man who brought the 1MDB scandal into the global spotlight, has indicated his willingness to testify in any trial involving the beleaguered investment fund.

In an exclusive tell-all interview with The Star, he said: "Whatever I can do for justice, whatever I can do to aid your country to recover the money that was stolen – I will."

During the interview at a hotel lobby here Thursday night, Justo also revealed what drove him to bring the scandal to light.

The former PetroSaudi International executive said it all began with "a fight" with one of the firm's founders, Tarek Obaid.

"I left the company because of a fight with Mr Obaid. So I left. I got those documents (legally). I have to insist on this point because it's only in Asia that when I read an article about me, it still says 'the man that stole the data'.

"Those files were given to me, so I never stole anything," he said,

Justo is a key figure in the entire 1MDB issue and it is the information which he shared with Sarawak Report editor Clare Rewcastle-Brown which sparked off investigations into the fund in multiple countries worldwide.

He has been described as both a "hero" and a "villain" in the whole affair and when asked about his perception of this, Justo said it did not affect him.

"Honestly, I don't care ... I don't need this. It happened," he said adding that the true heroes of this entire saga were Malaysians.

"The real heroes are the people of Malaysia who voted for Dr Mahathir, that made history.

"I'm a small part of what happened.

"The people who voted...those people living here, they took risks. Those are heroes. I'm not," said Justo.

> For the full story on Xavier Justo, get a copy of Friday's The Star newspaper. 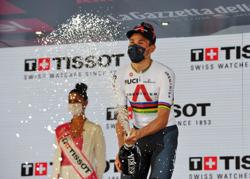