Guan Eng's graft trial postponed to July 30, lawyers to ask for charges to be dropped

GEORGE TOWN: The corruption case of former Penang Chief Minister Lim Guan Eng (pic) has been postponed to July 30, while his lawyers are asking for the charges to be dropped.

High Court Judge Datuk Hadhariah Syed Ismail fixed the date when the case came up for case management on Monday (May 21).

Lim’s counsel Ramkarpal Singh said they would be filing a representation on the case to the new Attorney-General, who is expected to be appointed by then.

Outside the courtroom, Ramkarpal said they would propose to the new A-G that the charges against Lim should be dropped.

“Of course it is up to the Attorney-General to consider the representation and decide whether to accept it or not,” he said.

Lim’s lead counsel Gobind Singh Deo and Lim were not present in court as both are being sworn in as Cabinet ministers.

Lim pleaded not guilty on June 30, 2016, to two counts of corruption over the conversion of agricultural land to residential status and purchase of a plot and bungalow at below market value.

He was charged with using his position as Chief Minister to gain gratification for himself and wife Betty Chew Gek Cheng by approving the application for conversion of agricultural land to a public housing zone in Balik Pulau to a company, Magnificent Emblem Sdn Bhd.

Lim faces a second charge of using his position to obtain a plot of land and bungalow at No 25, Jalan Pinhorn, on July 28, 2015, from businesswoman Phang Li Koon for RM2.8mil, at below market value.

Lim and businesswoman Phang Li Koon pleaded not guilty to the charges against them on March 26.

Phang’s lawyer Datuk V.Sithambaram said he would also be making a similar representation to the new A-G on the charges against his client. 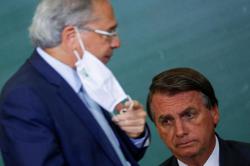 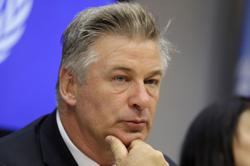