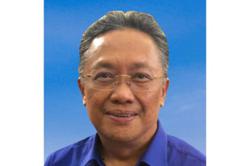 Munirah, who is the Warisan Wirawati (women’s wing) chief, won with a 4,262-vote majority, after a failed bid to wrest the seat from former Kota Belud MP Datuk Seri Abdul Rahman Dahlan on a PKR ticket in GE13.

The 36-year-old electrical engineer said many naysayers had expressed doubts about whether she could defeat the former Sabah chief minister and federal minister.

“Yes, there were people who doubted me because of my age or gender. But it is okay, I like the feeling of being the underdog.

“I believe that the people of Kota Belud wanted change, which is why the final outcome favoured me,” she told The Star recently.

Munirah, who has been actively involved in politics since 2011, said she hoped that her win would encourage more political engagement among women.

“I hope that this win will help pave the way for women to be more politically engaged, as their voice is important in shaping the future,” she said.

Salleh Said, who is Munirah's second cousin, reportedly described his defeat as something “not easy to take and most certainly very humbling”.

The Kota Belud seat was also held by his father, former chief minister and Sabah governor Mohammad Said Keruak, in the 1970s for more than a decade.

Munirah, however, said that their political rivalry in the general election will not sever their ties as “family is still family”.

When asked about the plans she had for Kota Belud, Munirah said, “All will be revealed in due time”.

“It has always been my dream to contribute to Kota Belud. I am working on a master plan to restructure the whole district, which will be revealed in due time,” she added. 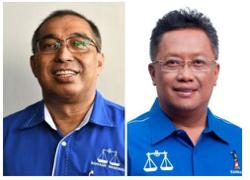 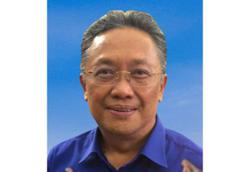