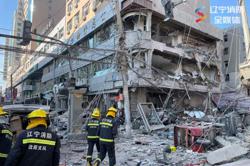 PKR deputy president Nurul Izzah Anwar said that as a former victim of early morning raids, she strongly disagreed with “ransacking any home during ungodly hours”.

“Charge, investigate, prudently. The principles of justice and wisdom should be applied,” she said in a tweet on Thursday (May 17).


As former victims of early dawn police raids, I must stress my disagreement in ransacking any home at such an ungodly hour. Charge, investigate, prudently. Prinsip keadilan & berhikmah sentiasa terpakai @PDRMsia https://t.co/vnl17mmwqm

Parti Amanah Negara communication director Khalid Samad fully agreed with Nurul Izzah on the issue, saying that while there was a need to investigate, there was no need to humiliate or transgress their rights as such.

“Upon completing investigations, charge. No reason to investigate until 4am. I was once taken at 2.30am,” he said in reply to Nurul Izzah’s tweet.

Police are believed to be still combing through the former prime minister’s house from Wednesday night (May 16).

I am in full agreement with Izzah on this issue. Need to investigate but no need to humiliate or transgress their rights as such. Upon completing investigations, charge. No reason to investigate until 4 am. I was once taken at 2.30 am. https://t.co/9Ey8RIYkfC


Najib’s lawyer Datuk Harpal Singh Grewal told the media at 4am on Thursday that police had searched the former premier’s house in Taman Duta.

No charges were mentioned, although Harpal believes that it could be under the Anti Money Laundering Act.