PAS in 'unofficial' talks with Pakatan, BN in Perak

IPOH: Perak PAS has had 'unofficial' meetings with both Pakatan Harapan and Barisan Nasional on the possibility of forming the state government.

State party commissioner Razman Zakaria confirmed they only had some “small talk” with both coalitions.

“We did not set any conditions and nothing has been decided.

“We will be meeting with the federal central committee tomorrow to set the conditions that (either) coalition should agree to if they want to form the government together  (with us),” he said Thursday (May 10).

"The conditions are mainly that they need to agree to look after the welfare and safety of the Muslims" he added. 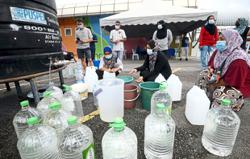