Thousands stand for a kinder M’sia

By CLARISSA SAY and LIM MAY LEE 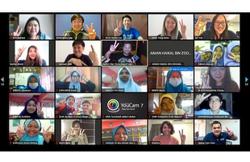 SHAH ALAM: Over 6,000 people showed up to call for a kinder Malaysia and celebrate Malaysia’s inaugural National Kindness Week at the #StandTogether Carnival at Setia City Convention Centre.

“There are some things that I will regret but I will never regret picking up that call from Tan Sri,” said Kamalanathan, referring to the call he received from SP Setia chairman Tan Sri Dr Wan Mohd Zahid Mohd Noordin to support the campaign.

“When I heard about the launch of the #StandTogether campaign late last year, I thought it was timely for someone to take up this cause.

“The ministry will fully support this campaign, and should all go well, we will recognise every first week of April as National Kindness Week,” he said yesterday.

The carnival featured games, food trucks, an all-star self-defence demo by ONE Championship fighters, a cyberbullying prevention talk by Digi, a virtual reality experience by Petrosains and a blind football demonstration.

It all culminated with the very first #StandTogether Kindness Concert, where Ismail, Rabbit Mac, Talitha Tan and Nik Qistina performed, and the top 10 student-led “kindness projects” from across the country were presented by the students.

SM Sanzac’s project was deemed the best by the judges, and the school was given the title of “Malaysia’s Kindest School”.

“Not only was it fun to participate in National Kindness Week, we’re already starting to see positive changes in our schoolmates,” said one of its students Nursalwani Sabdani, 17.

“Students are now more encouraging towards each other, and appreciating each other and the people around us more. I’ve noticed more of us saying ‘thank you’ to the canteen workers, thanks to our Kindness Box activities.”

The National Kindness Week was mooted by property developer SP Setia and R.AGE last year as part of its #StandTogether campaign, in response to a spate of horrific bullying cases in schools.

The campaign quickly gained support from celebrities and various partner organisations, including Unicef Malaysia, Digi, Petrosains, Teach For Malaysia, Study Hub Asia, and 100% Project, which formed the organising committee of #StandTogether alongside SP Setia and R.AGE.

“It’s also so satisfying to see such a large turnout of all ages and races,” he said.

One of the most prominent figures in the campaign was Dr Wan Mohd Zahid, who personally championed the cause by visiting schools and advocating for the kindness week with the ministry.

“As an educationist, I’m so moved by what has happened in this campaign. I’d like to thank Datuk Seri Wong Chun Wai for his, and Star Media Group’s, support,” said Dr Wan Mohd Zahid.

Teacher Shirley Tan from SM USJ 12 lauded the ministry’s support of the campaign.

“I am 100% for #StandTogether to be part of the school calendar.

“It shows the ministry’s determination to make kindness an ongoing effort because this can’t be a touch-and-go thing,” she said.

However, Tan emphasised the parents’ role in ensuring kindness became part of the nation’s consciousness.

“Teachers and the ministry are agents of change but parents also have to inculcate positive values in their children.

“It’s wonderful for the ministry to make things official but it’s the responsibility of both parents and teachers to keep kindness going all year round,” she said.

Support the #StandTogether National Kindness Week for 2019 by following the official Facebook page at facebook.com/standtogethermy. 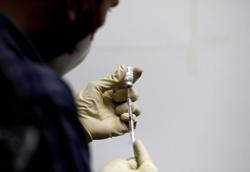